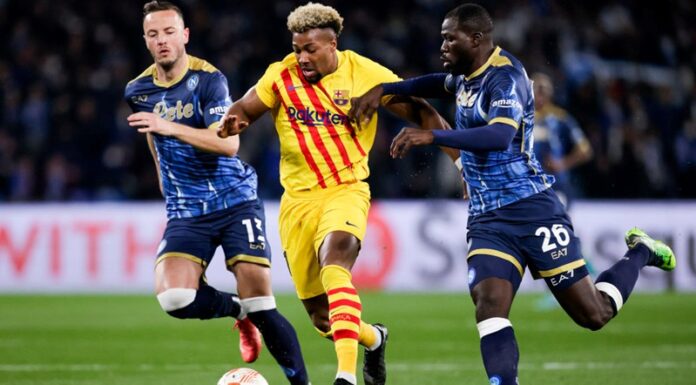 SuperSport viewers on DStv and GOtv can look forward to quarterfinal, first-leg action from the UEFA Europa League, with matches scheduled for Thursday 7 April 2022.

The action on Thursday evening gets underway at the Red Bull Arena, where RB Leipzig will look to make the most of home advantage against dangerous Italian opponents Atalanta. The German hosts were given a ‘bye’ to this round after their scheduled opponents, Spartak Moscow, were disqualified from the competition as part of ongoing sanctions against Russia for their military invasion of Ukraine.

The later kick-offs will see West Ham United at home to Olympique Lyon at the London Stadium, with the Hammers flying high after eliminating Sevilla in the previous round and dreaming of a first piece of silverware since the 1981 League Cup.

“I’d love to have got the trophy for that performance but we don’t,” said West Ham manager David Moyes. “We know we’ve got seven other teams who we know are going to make it really difficult. We have to keep going and hope that we have a chance. We think we’ve got a good team. We’re still relative novices and we’re getting to the bit where it gets dizzy.”

In Portugal, Sporting Braga will have the challenge of taking on Rangers, while in Germany, Eintracht Frankfurt will host the tournament favourites, Spanish heavyweights Barcelona. Frankfurt have already put out a La Liga representative, Real Betis in the previous round, and will have no fear of Xavi’s Blaugrana.

“I think we have shown in our semifinal run a few years back that we are capable of competing with big teams and we have done so again this year,” said goalkeeper Kevin Trapp. “We are still undefeated in Europe this season and this underlines that we could go all the way – why not?”

Braga coach Carlos Carvahal, meanwhile, is backing his team to overcome the challenge of the Scottish champions. “To play against Rangers is a big target for us in the last eight,” he explained. “But we have some expectations. I believe in this moment of the competition all the teams are 50-50.”