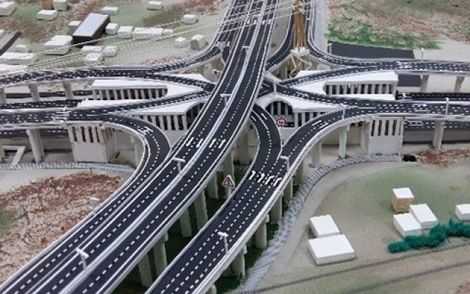 Some residents of Tamale in the Northern Region are appealing for the construction of footbridges after President Nana Addo Dankwa Akufo-Addo opened an interchange as part of measures to help ease the traffic situation on the West African transit road.

According to the residents, the newly built interchange is fast posing a threat to road users in the area.

It has become too dangerous to cross the road to the other side because the cars keep coming from all sections of the road,” a resident said.

The daily usage of the road has become a cause of worry to many since the facility was opened by the president,” another resident stated.

“Me I fear for the children who cross the road to the other side of the road to go to school,” a young lady also said.

Constructed by M/S Sinohydro, the Tamale Interchange has provided a prime urban space under the Interchange, which, the President Akufo-Addo said, has to be put to good use for the benefit of the country.

ALSO READ  The dollar still chasing the Book Economist Bawumia around---NDC Communicator
AMA GHANA is not responsible for the reportage or opinions of contributors published on the website.