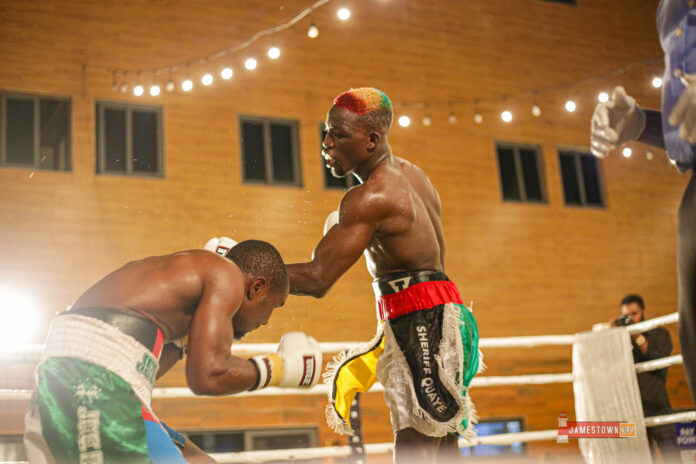 “I hope to climb in the world rating to 13 or 12 and am ever ready to fight any of the top 10” said the boxer who trains at the Bronx Gym under Coach Carl Lokko.

The well attended bout, put together by Swavy Blu Promotions with support from Bronx Promotions was sponsored by Dezone, Friendly Mall and Golden Beach Hotel aka Royal Dede Resort.

In the supporting bouts, Jacob Nettey Laryea from the Bronx Gym stopped Moses Lartey of Stadium Gym in a Super Welterweight clash.

Alidu Suleman aka Dynamite of Black Panthers Gym knocked out Raymond Ansah of Ultimate Gym in another Super Welterweight bout.

Last Sunday night was entertaining with an acrobatic performance by Great Victory and the dance group of the African Lion, Isaac Allotey.

ALSO READ  Premier League matchday 23 preview
AMA GHANA is not responsible for the reportage or opinions of contributors published on the website.

Tanner steps down as Boxing Australia President after 18 years