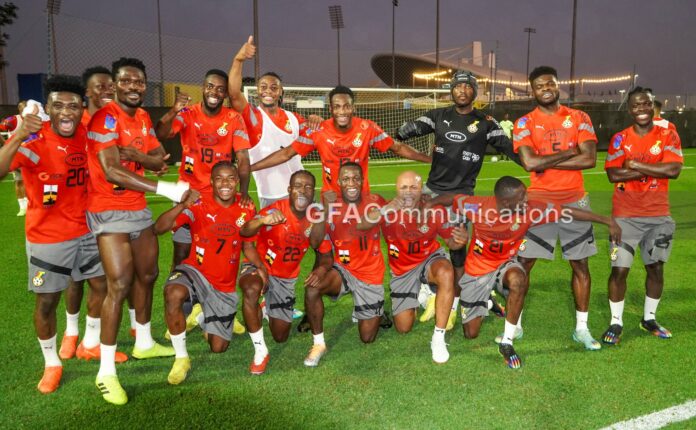 May I appeal to Sporting Ghana to ignore the silly joke by the World Boxing Council that it has decided in the boardroom to revert the 30-year-old draw verdict in the Azumah Nelson-Jeff Fenech super featherweight World title fight.

This decision is funny, crazy, and totally uncalled for.

Peter Wilson, the legendary British sports journalist of Daily Mirror fame once wrote that the only place a boxer can win or lose his title is in the ring.

It is alleged Fenech complained of not being himself since that drew the verdict in his fight against Azumah. His predicament must have gotten worse after his annihilation by Azumah in the return fight.

Instead of seeking medical attention for the Azumah battering, Fenech has succeeded in convincing the WBC to take such a ridiculous action to thwart the efforts of sports pundits who are determined to ensure Fairplay in all competitive sports.

I strongly believe Azumah won’t take Fenech and WBC seriously but rather join fellow Ghanaians to focus attention on the exploits of the Black Stars in the upcoming FIFA World Cup in Qatar.

Now that Otto Addo has named his 26-man squad and promised to accept responsibility for the Black Stars’ output in Qatar, we should all remain calm and hope for the best.

The nature of football is such that you don’t need a national referendum to select a national team. The job is entrusted into the hands of a few privileged technicians and the buck stops there.

Fastidious fans would definitely have their favourite choices and propound a lot of theories to justify their selection. But it doesn’t work that way, unfortunately. Fans would by all means have their say but the handful of technical bench always have their way.

Even though it is agreed by all that football is an emotional sport, it does not give the licence for fanatics who think they know all to impute motives in the selection of 26 people from the hundreds of people who play the game

Sports Administrator supremo Ohene Djan remarked some time ago that “few people know the subterranean aspects of football administration and so we have a lot of textbook sports administrators”.

Those who are questioning Coach Otto Addo’s criteria for team selection are going overboard in my view.

The gentleman is not writing any WAEC exams to be answering how he picked his best 26.

I support his stand that since those who could not make the squad have been told why they missed the boat, there was no need for public consumption of the reasons.

This would put a stop to the unnecessary varied and twisted interpretations that would not serve any public good.

Pessimists and anti-sports lovers who appear to know the price of everything but not its value, may be whipping public sentiments against what they sarcastically describe as “paying 100,000 US dollars each to a group of people just for running and kicking a piece of leather for 90 minutes”.

This doesn’t depict any sense of reality.

Football is now more than a mere spectator sport. Stay glued to your TV set for the next three weeks or so and you will agree with the popular saying that man must not live on bread alone.

Yes, the majority of the young active men from each of the 32 countries around the world may be rich and famous. Don’t envy them. It’s the result of hard work and dedication. When they reach the ripe age of 40, only a handful of them could be still active on the pitch. It’s a real tricky situation and most of these guys need real guidance now that the ovation is loudest.

ALSO READ  African Oil and Gas deals: Mergers and acquisitions activity on the rise in Africa

This beautiful assembly of reputable football practitioners is not a small occasion. It is the ultimate ambition of many footballers to be counted among the connoisseurs of the game at this quadrennial football summit.

Emerging Ghanaian Stars like Afriyie Banier, Danladd Ibrahim, Fatawu Mohmmaed, Thomas Partey, and Co would gain a lot of experience from the exciting vocation they have chosen to undertake.

Coach Otto Addo would also face a huge challenge to satisfy the huge expectant Ghanaian football fans who expect nothing short of an impressive performance from the gallant Black Stars’ final warm-up match against Switzerland to assure us the Black Stars of Africa will shine in Qatar.

Cheers everybody and keep loving sports.