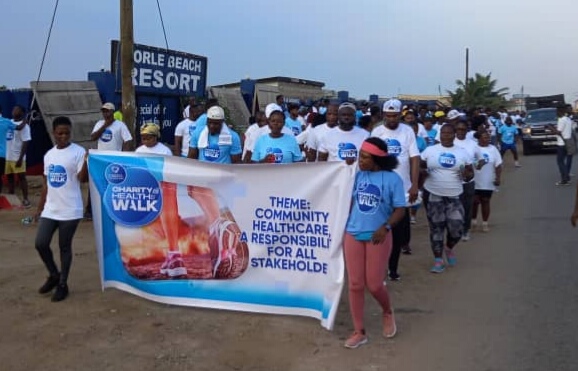 CEO of the Cartel Foundation, Mr. Henry Harry Owoo and his patrons, directors and officers wish to express their sincere appreciation to all who took part in the exciting and massive Charity Health Walk on Friday, December 2nd, 2022.

He said the Foundation wants to thank everyone and all sponsors who showed love to donate towards the programme.

“People had the option of excusing themselves after week of work, but it turned out to be great as it was massive and exciting, we really appreciate” he said.

He noted that Cartel Foundation is moving in other regions of Ghana, and a similar program would come off in one of their working areas.

Member of Parliament for Ablekuma South, Hon. Alfred Okoe Vanderpuije, Hon. Jerry Ahmed Shaib CEO of the Coastal Development Agency (CODA) and other dignitaries and professionals who joined the event.

ALSO READ  I’m about to change the face of Ghana Music with Highlife---Obibini Takyi Jnr.
AMA GHANA is not responsible for the reportage or opinions of contributors published on the website.