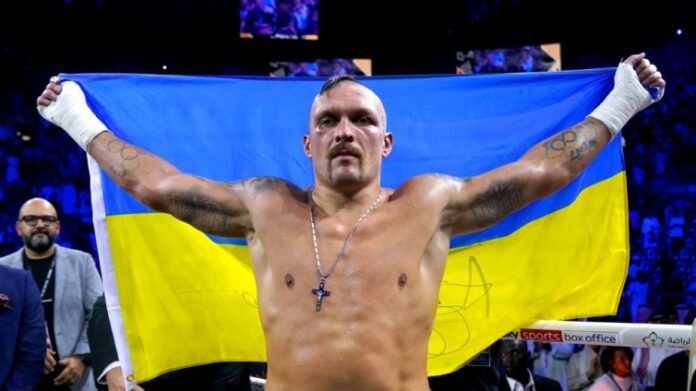 The order serves to recognise Dubois as the next in line for a mandatory title shot in the typical rotation for unified champions.

However, it feels unlikely to scupper plans for Usyk’s prospective undisputed world title fight against Tyson Fury given both the Gypsy King and Dubois are represented by Frank Warren and Queensberry Promotions.

It also represents the WBA’s efforts to chisel down its number of world titles.

It comes a month after the IBF ordered Usyk to make a mandatory title defence against Filip Hrgovic after the Croatian out-pointed Zhilei Zhang to win their final title eliminator in August.

One scenario could see Dubois in a position to face the winner of an eventual Fury-Usyk undisputed showdown, with Hrgovic potentially to follow.

Elsewhere Joe Joyce is the WBO Interim Champion and continues to talk up a possible matchup with Fury, who has welcomed the chance to face the Olympian in the near future.

The WBC has shown no signs of holding back Fury and Usyk from meeting in the ring, while also arranging a final eliminator between their No. 1 challenger Deontay Wilder and No. 2 Andy Ruiz Jr.

ALSO READ  BJ Wise Electronics supports Ghanaian Boxers and Cyclists
AMA GHANA is not responsible for the reportage or opinions of contributors published on the website.