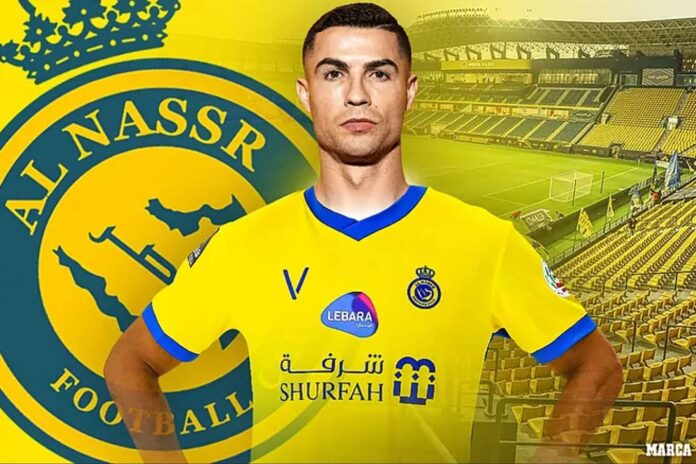 The contract will see the Portuguese icon, who had been without a club after leaving Manchester United in November, earn one of the biggest salaries in the history of the sport.

According to Saudi Arabian state-owned media, Ronaldo will earn £173m a year at Al Nassr.

Of this total salary, £62m will be for playing football, whilst the remaining £111m will be paid for commercial deals and image rights, according to CBS Sports.

The non-football fee will also include Ronaldo becoming an ambassador for the country’s bid to host the World Cup in 2030.

Ironically, Saudi Arabia’s possible bid to co-host the World Cup with Egypt and Greece will face stiff competition from Portugal, who themselves look set to submit a bid alongside Spain and Ukraine.

Ronaldo’s salary dwarfs that of career rival Lionel Messi, who reportedly earns around £36m a year at French champions PSG.

The deal to take Ronaldo to the Saudi Pro League will take him beyond his 40th birthday to the summer of 2025.

Speaking after the transfer was confirmed, Ronaldo said: ‘I am fortunate that I have won everything I set out to win in European football and feel now that this is the right moment to share my experience in Asia.

‘I am looking forward to joining my new teammates and together with them and helping the Club to achieve success.’

According to the Daily Mail, Ronaldo was earning £20m a year during his second spell at Old Trafford.

The 37-year-old had taken a pay cut to move to United in 2021, where he was thought to be on £26m per annum at his previous club Juventus.