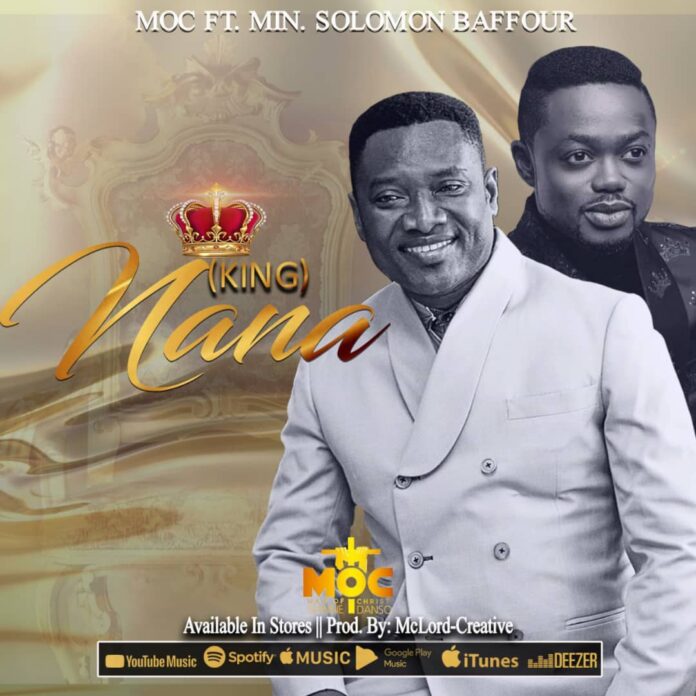 ‘Nana’, according to him is to extol the King of Kings and remind believers about God’s great power in redeeming and and preserving his children.

“Usually when people hear the mention of ‘Nana’, it is in reference to an earthly chief, but I am extolling our Great God who is the King of Kings and deserve our worship and adoration.’ MOC Danny Danso noted.

With the release of his first single track for 2021, MOC seeks to raise the Music ministry in Ghana, Africa, and the world over.

Speaking to ModernGhana MOC says ‘Nana’ is one of several powerfully put together tracks to be released as his album this year.

MOC believes gospel music is about the Word of God in music form hence it is to be taken seriously in order to win and preserve souls.

“As a Worship Missionary, I’m bringing on board emphasis on the WORD OF GOD in order to rescue the perishing and care for fellow believers too”.

Featuring another anointed Gospel singer Minister Solomon Baffuor, MOC believes this is the right track to adore God in these challenging times.

Missionary Assignment
MOC has been a music missionary for close to 10 years, spreading the gospel through music ministrations and training a lot of young talents in various countries.

His aim is to train young believers to become great worship leaders Who will ‘lead worship in the right manner and with the right heart’.

International Assignment
He is part of the international lockdown artists that came out with the BELIEVE song as the Believe project to give hope to the world as a result of the Covid pandemic.

The Believe project featured artists from 60 nations and Ghana was represented by MOC.