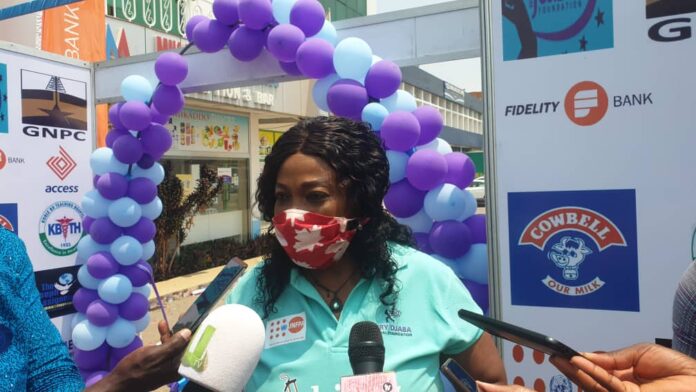 Henry Djaba Memorial Foundation, a humanitarian organisation has organised a two-day event dubbed the ‘Ability Fair’ to exhibit the artwork of persons with disabilities.

The Executive Director of the Henry Djaba Foundation, Madam Otiko Afisah Djaba said the fair is very important because it is aimed at creating opportunities for people living with disabilities.

According to her, disability is not an inability hence God has blessed persons with disability talents which everyone needs to support.

“See all these exhibited here are made by them, some are blind and have been able to make bags, Wig Caps, Shoes, etc. They all have potential which we must support them every step of the way. Disability does not mean they can not do anything”.

Adding that beggars on the streets have to be removed from the street and be supported in mini trading to live a fulfilling life.

Mr Seth Appiagyei, Assistant Director at the Department of Social Welfare said the Ministry of Gender, Children, and Social Protection is putting measures in place to vacate children and persons with disabilities from the major streets in the country.

He urged parents who sent the kids to the streets to beg for arms to put an end to it.

Noting that children must be in school not on the street begging for arms because that is an infringement of the right.

Mr Alexander Kojo Tetteh, President, Centre for Employment for Persons with disability expressed gratitude saying the fair will sever as an opportunity for the individuals to showcase their goods and talents to the world.

He emphasized that the fair will be extended to every length and breadth of the country.

He, however, urged the public to patronise goods made by persons with disabilities and support them in entrepreneurship because they all have the potential to live a meaningful life.