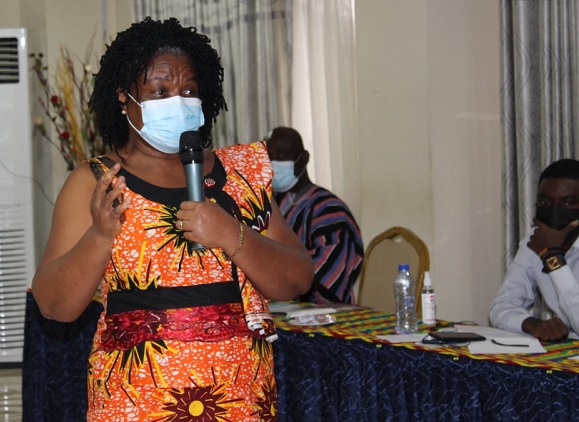 The Wassa Association of Communities Affected by Mining (WACAM) has called on the government to amend the Minerals and Mining Act 2006, over its gap and weaknesses that have seen the country with huge revenue losses over the years.

Addressing the media, the Associate Executive Director of WACAM, Mrs Hannah Owusu-Koranteng explained that, the Minerals and Mining Act 2006, contains some clauses that let off the mining companies from paying customs import duties on imported machinery leaving the nation with huge revenue losses.

She continued that, due to the import duty-free gap left in the Minerals and Mining Act 2006, Act 703, have not just led to the losses of the country’s revenues but also helped the mining companies to make a considerable amount of money off the nation.

At a workshop held for journalists last Friday (August 13, 2021) in Koforidua, Mrs. Owusu-Koranteng cited at least nine sections under the aforementioned Act, including “Section 3, 13, 17, 28, 29, 48, 49, 73(3), 75(1)” that were liabilities and massively destroying the sector both financially and environmentally, as well as contributing to human rights abuse due to its exploitative rights given to mining companies and individuals.

Citing Section 17 of Act 703, which states that subject to obtaining the requisite approvals or licences under the Water Resources Commission Act 1996 (Act 552), “a holder of a mineral right may, for purposes of or ancillary to the mineral operations, obtain, divert, impound, convey and use water from a river, stream, underground reservoir or watercourse within the land the subject of the mineral right”, she explained has been the legal basis for companies that have been mining along water bodies leading to their destruction in the country.

Hannah Owusu-Koranteng explained that the Minerals and Mining Act 2006, contains some clauses that let off the mining companies from paying customs import duties on imported machinery leaving the nation with huge revenue losses.

“Customs import duty on machineries imported for mining purposes; the payment of income tax on furnished accommodation at the mine site; immigration quota in respect of the approved number of expatriate personnel; and personal remittance quota for expatriate personnel free from the tax imposed by an enactment regulating the transfer of money out of the country”.

Other fiscal frameworks spelt under Act 703 contributing to the loss of revenue include; “guarantee of free transferability of the convertible currency earned by a mineral right holder; opening a foreign exchange retention account, and retention of not less than 25 percent of the foreign exchange earned”.

The Associate Executive Director of WACAM urged the government to develop guidelines for “active participation of mining communities in the processes of review, formulating and development of the mining sector policies and legal framework”, she said