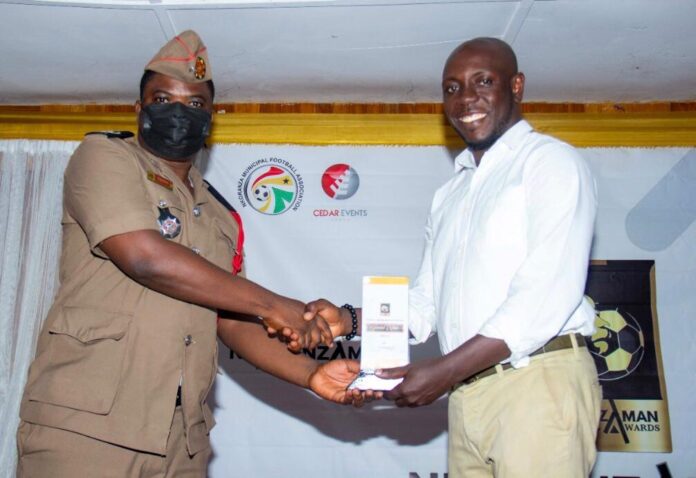 Daniel Kwabena Ntim, a very young enterprising man is taking football administration to another level. Not quite long ago, football in Ghana hugged one of the brains that will impact positivity towards growth thereof in the business.

The year under review, Daniel’s club, Patron Sporting Club, a third-tier side based in Accra in last December partnered with Decathlon Ghana and a host of other companies to organize “Clean-And-Play” this event sought to clean the Nmai Dzorn community promote the act of exercising by playing a sport of choice. This event drew MPs, Chiefs, celebrities, churches, and lovers of nature and sports together.

In April, he single-handedly wrote a petition to the President of the Republic of Ghana through the Ministry of Youth and Sports for the start of the grassroots leagues after over four years of absence. He petitioned the GFA and the GARFA too. He did this with over 150 clubs. The kick-off of the national grassroots leagues yields partly to this campaign.

In club on-the-turf performance, PSC won the maiden edition of Wolves Cup21. Patron SC had the Best Player and Goalkeeper of the tourney. The eight-club competition happened in Madina for third-tier clubs. Having placed third in a previous year’s tournament, Jordan Anagblah Memorial Cup, and produced the club with the highest nominations for awards PSC had a respectable position in their maiden undertaking in the 2020/21 Division Two League-Greater Accra.

Speaking to our reporter, Daniel expressed how he is grateful to God and acknowledged the team and family he is surrounded by. From the biggest to the smallest.

Discovery Of The Year  –  Mumuni Issah (Nkoranza All Stars FC)

OUTSTANDING AND DEDICATED SERVICE TO SPORTS

ALSO READ  NBA: Mann reflects on how his self-belief has paid off

The Municipal Football Chairman, Mr. Emmanuel Nyamekye was immensely grateful to all and promised to sustain the initiative.

The indigenous descendants of the Bono people first settled at Amoowi near Pinihini, later migrated to Bono Manso.  All these historic towns in the history of the Bonos are in the Nkoranza Traditional Area which is Amoowi and Bono Manso.

The total population of the Nkoranza Traditional Area is 243,404 with a population density on average of 41.7%.

In terms of Mineral and Natural, Resources Nkoranza has a number of natural resources which serves as a good potential for development. Some are being exploited while others remain unexploited. These natural resources include vast land, water bodies, clay, timber, crude oil and gold deposits at Donkro Nkwanta and Ayimah. There is available land for agricultural production and other investments.

Nkoranza is a football city.