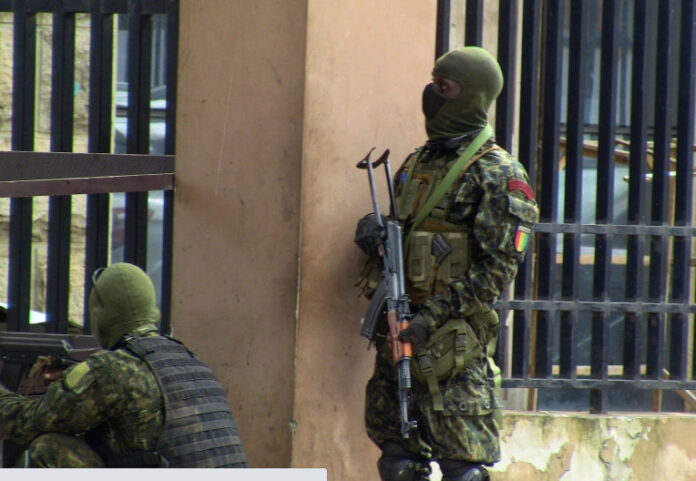 Soldiers who staged an uprising in Guinea’s capital have announced a nationwide curfew “until further notice” and the replacement of regional governors by the military, just hours after they said they had dissolved the constitution and the government.

The Guinean defence ministry said an attack by mutinous special forces on the presidential palace had been repelled, but it was not fully clear by Sunday evening who held power in the West African nation.

Earlier in the day, unverified videos shared on social media appeared to show President Alpha Conde surrounded by soldiers. His whereabouts were unclear.

This followed earlier reports of heavy gunfire in Conakry near the presidential palace though it also was unclear who was responsible.

The events drew concern and condemnation from regional and international observers, including United Nations Secretary-General Antonio Guterres, who said he strongly condemned “any takeover of the government by force” and called for Conde’s immediate release.

The Economic Community of West African States (ECOWAS) threatened to impose sanctions after what its chairman, Ghana’s President Nana Akufo-Addo, called an attempted coup, while the African Union said it would meet urgently and take “appropriate measures”.

After seizing the airwaves, the mutinous soldiers vowed to restore democracy.

“The duty of a soldier is to save the country,” Colonel Mamadi Doumbouya, who sat draped in a Guinean flag with a half dozen other soldiers in uniform alongside him, said as he read out the statement.

“The personalisation of political life is over. We will no longer entrust politics to one man, we will entrust it to the people,” Doumbouya said, adding that the constitution would also be dissolved and borders closed for one week.

Doumbouya, who has headed a special forces unit in the military, said he was acting in the best interests of the nation of more than 12.7 million people. Not enough economic progress has been made since independence from France in 1958, the colonel said.