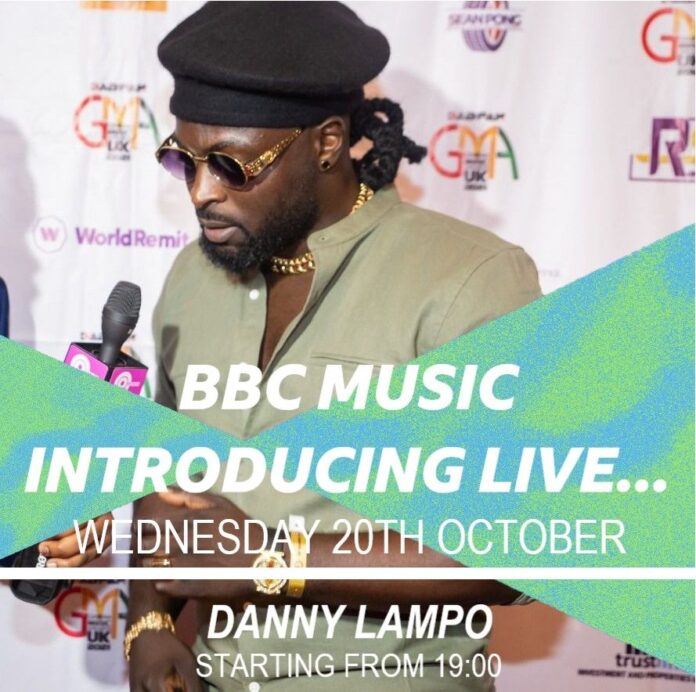 UK-based Ghanaian artiste Danny Lampo the “Ebony” hitmaker to perform at BBC Music Introducing after-party on the 20th of October 2021 with Malarkey.

Danny Lampo was featured on BBC music introducing some few months and after has been on most of the BBC entertainment shows.

His song “Ebony” has opened many doors for the UK-based artiste, he was recently nominated in the Ghana music awards Uk with the likes of Reggie and Bollie, Drums, and many others. Tho he couldn’t win the award but that helped in getting him some spotlight.

He is currently in France Paris for some shows as his on his Ebony tour.

Check out his Ebony song.

ALSO READ  Danny Lampo connects with top UK-based Promoters Danny Erskine, BiggNash Promotions
AMA GHANA is not responsible for the reportage or opinions of contributors published on the website.

Court sets Jan. 4th for the reappearance of Funny Face