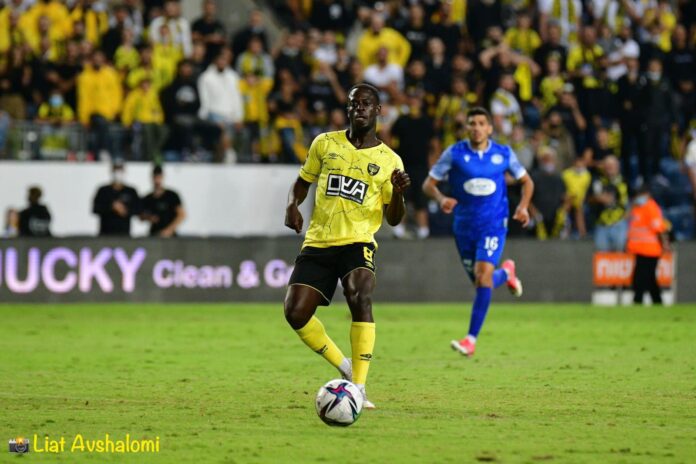 Ghana forward Edwin Gyasi was a second half substitute on Saturday and used his quality on the ball to help Beitar Jerusalem to hammer Maccabi Petach-Tikva 3-0 in the Israel Premier League.

In the tough away encounter on matchday 9 of the 2021/2022 Israeli top-flight league campaign, the exciting attacker missed out on a starting role for his manager to twitch his tactics and formation.

After a delightful first half display from Beitar Jerusalem, the team led 2-0 at the break courtesy of a stunning brace by Yarden Shua in the 2nd and 15 minutes respectively.

Later in the second half, the visitors had a third goal in the 59th minute when Blorian put the ball in his own net.

In the 68th minute, Edwin Gyasi was introduced into the game to ensure his team held on to the big lead to amass the crucial three points.

As expected, the experienced forward made his quality count as he used his pace, skills, dribbling, and ability to hold on to the ball for the good of his Beitar Jerusalem outfit.

Courtesy of the emphatic 3-0 win, Edwin Gyasi and his team go into the international break occupying the 7th position of the Israeli Premier League table and eight points behind the league leaders.

The forward has been key for his club since the season started and is regarded highly by the team.

ALSO READ  Edwin Gyasi’s classic display proves crucial for Beitar Jerusalem in draw against Kiryat Shmona
AMA GHANA is not responsible for the reportage or opinions of contributors published on the website.