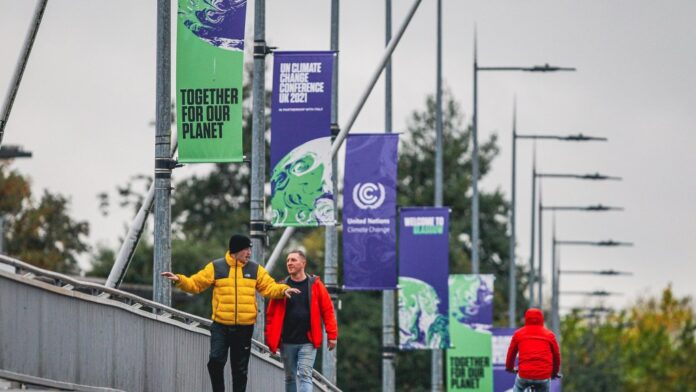 First tool of its kind to quantify and verify the benefit of climate resilience actions for people and natural ecosystems. New analysis finds that half the world’s population may face climate hazards by 2030, up 43% today, impacting those with the least resources twice as much.

The UN-backed Race to Resilience campaign – a global partnership of initiatives with the headline goal to build the resilience of 4 billion people to climate shocks by 2030 – has launched its metrics framework, which will allow non-state actors, such as cities, businesses and regions, to measure the human impact of their actions for the first time.

Produced by the Centre for Climate Resilience and Research at the University of Chile with original research from McKinsey & Company, it is the first tool of its kind to transparently quantify and verify the benefits climate resilience actions can have for people and hectares of natural ecosystems.

Using this new unifying global framework, collective efforts by Race to Resilience Partners which comprises NGOs, cities, and businesses are making an important difference by helping to increase the climate resilience of over 2.3 billion people by 2030 (of the 4 billion goal), as well as more than 100 natural systems including mangroves, forests and coastal zones. Partner actions covered by the metrics framework include:

Regions Adapt, which will build the resilience of 540 million people in 140 regions

Climate Heritage Network, which will build the resilience of 200 million people as a result of culture-based strategies

The Global Mangrove Alliance, which is working to halt mangrove degradation and increase cover by 20%

Initiativex2020, which is changing the dynamics of land degradation by protecting and restoring 20 million hectares of forests and agricultural landscapes

But with nearly 2 billion of the most vulnerable people still with little or no protection from climate hazards such as lethal heatwaves, floods and droughts, the UN High-Level Climate Champions joined Race to Resilience Partners today in calling for efforts to protect the most climate-vulnerable communities to double in the decade, with a focus on the most exposed, vulnerable, indigenous, populous and large regions of the Global South.

It comes as new research published today by McKinsey & Company as part of a knowledge partnership to Race to Resilience assesses the potential impact of climate hazards for people across the globe, finding that:

Under a scenario with 1.5°C of warming above pre-industrial levels by 2030, almost half of the world’s population could be exposed to a climate hazard related to heat stress, drought, flood, or water stress in the next decade, up from 43 percent today.

Areas affected by severe chronic heat stress could experience temperatures that are too hot for outdoor work during at least 25 percent of effective working hours in any given yearly.

In a 2.0°C warming scenario above pre-industrial levels by 2050, about 800 million additional people could be living in urban areas under severe water stress compared with today; primarily as demand for water rises.

In a scenario with warming 2.0°C above pre-industrial levels by 2050, nearly 100 million people—or approximately one in seven of the total global rural population projected to be employed in the agricultural sector by 2050—could be exposed to a severe level of drought. This could severely diminish people’s ability to maintain a livelihood in rainfed agriculture.

Under a scenario with warming 2.0°C above pre-industrial levels by 2050, about 400 million people could be exposed to severe riverine or coastal flooding, which may breach existing defenses in place today. Riverine floods can disrupt travel and supply chains, damage homes and infrastructure, and even lead to loss of life in extreme cases.

Nearly twice as many highly vulnerable people (those estimated to have lower income and who may also have inadequate shelter, transportation, skills, or funds to protect themselves from climate risks) could be exposed to a climate hazard.

“After a summer of fire and flood and a code red from climate scientists, we must reckon with the scale, immediacy and inequity of the climate crisis right now. We need urgent, innovative breakthroughs on resilience and to address loss and damage. The Race to Resilience set out with a necessary goal of building the resilience of 4 billion people to climate hazards by 2030.

The metrics framework and analytics underneath them will ensure we are backing the actions we know can increase resilience and help mobilize more resources toward them. This is just the start though: we need greater ambition and action from all actors to help communities adapt and build resilience to climate change”.

“Climate change disproportionately affects the most vulnerable, so we need to run two races at the same time – rapidly reducing emissions while building resilience for billions of people in climate-vulnerable communities. The Race to Resilience campaign has now taken a major step forward in creating knowledge on where there is greatest community need to build resilience to climate hazards. We are not stopping there though: the Partners of the campaign have raised their level of ambition on creating climate resilience and are delivering actions today to build the resilience of communities so they can thrive, not just survive, in the face of a changed climate.”

The Rt. Hon Anne-Marie Trevelyan MP. UK International Champion on Adaptation and Resilience for the COP26 Presidency and Secretary of State for International Trade said: “The momentum, ambition and action mobilised by the Race to Resilience among non-state actors is fundamental to implementing effective and targeted adaptation action to protect the most vulnerable. At COP26 and beyond, I look forward to seeing these commitments turn into action, to tackle climate change head-on and build local, national and global resilience to its impacts”.

Dr. Saleemul Huq, Race to Resilience Ambassador, Director of the International Centre for Climate Change and Development (ICCCAD) in Bangladesh:  “I commend the Race to Resilience for building a global coalition of partners who are taking action to build the resilience of urban, rural and coastal communities in over 100 countries.

…Their actions will reach over 2 billion people who are exposed to climate hazards and help regenerate systems of nature which are vital to both mitigation and resilience. This is just a start though: we need to support these efforts by increasing the level and quality of finance so these initiatives can be scaled and finance reaches the real agents of change on the ground”.