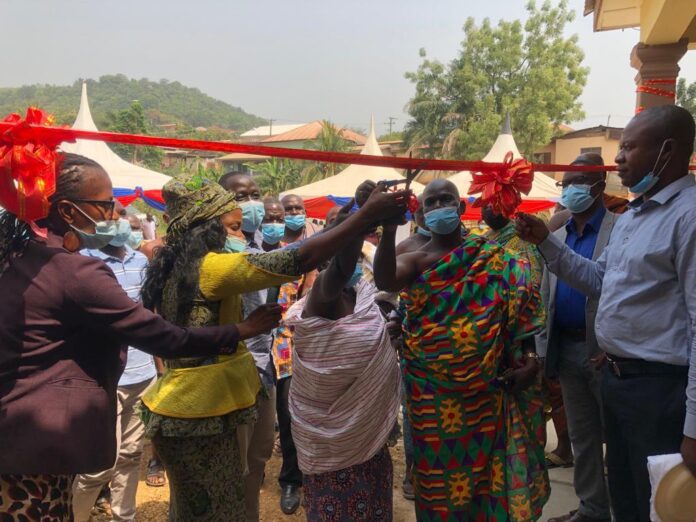 The Member of Parliament for Obuasi East Dr. Patrick Boakye Yiadom seized the opportunity to educate the people on Electronic Transaction Levy (commonly known as Electronic Levy or E-levy).

He said the E- levy which was proposed by the Minister of Finance, Ken Ofori Atta on 17 November 2021, will help the government to finance the plethora of developmental projects it is currently undertaking and those it has lined up to do.

He was speaking at the commissioning of some projects in the district.

Kwabena Owusu Nketia, the District Education Director expressed his delight and lauded the Assembly for the development projects.

The Assemblymember for the Bossman- Low-cost Electoralarea, Daniel Obeng, revealed that he was excited about the pace of response by the Assembly in providing them with the KG block, which according to him will go a long way to support children in the area to have Kindergarten Education before advancing to the primary level.

ALSO READ  Thousands join NDC protest against E-LEVY
AMA GHANA is not responsible for the reportage or opinions of contributors published on the website.

NPP clears 31 aspirants for NPP Elections in the Northern Region