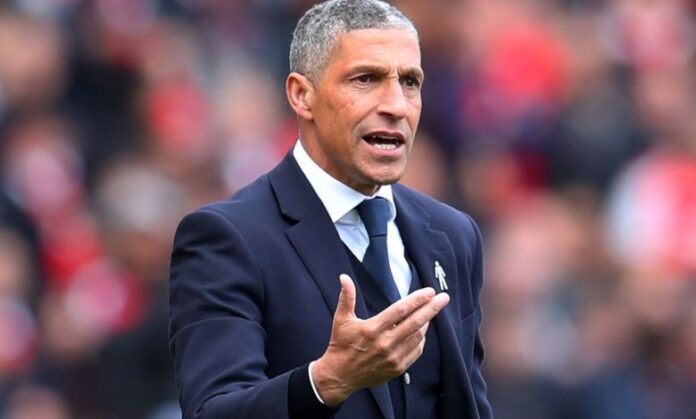 According to a report by Accra based Asaase Radio, no deal has been agreed between the Ghana Football Association [GFA] and Chris Hughton for the technical advisor role.

On Wednesday, the Executive Council of the FA announced that the former Irish boss has been named as the new technical advisor for the newly constituted Black Stars technical team led by Otto Addo.

Addo, who is a former Ghana international will be assisted by George Boateng and Didi Dramani.

The new technical team together with Hughton have been appointed on the interim and have been tasked to guide the Black Stars against Nigeria in the 2022 World Cup playoff in March.

However, a source close to Chris Hughton has told Asaase Radio there is as of yet no firm agreement in place. The parties are still in discussions on this and a statement is expected this week on that.

The source also said that Hughton has agreed to offer technical support to the technical team for the Qatar 2022 World Cup qualifying playoff tie versus Nigeria and is likely he would be named the new Black Stars gaffer after the playoff next month.

Asaase Radio added that Newcastle and Norwich City manager Chris Hughton was offered the position of Technical Advisor for the crucial playoffs with Nigeria next month. This, in the view of the GFA, will allow Chris Hughton the opportunity to familiarize himself with the team and also bring his experience to support efforts towards qualifying for Qatar 2022.

The Black Stars having missed out in the last edition of the Mundial in 2018 in Russia will be hoping to make a return to the global showpiece for the fourth time.

ALSO READ  El Clasico takes centre stage live on StarTimes
AMA GHANA is not responsible for the reportage or opinions of contributors published on the website.