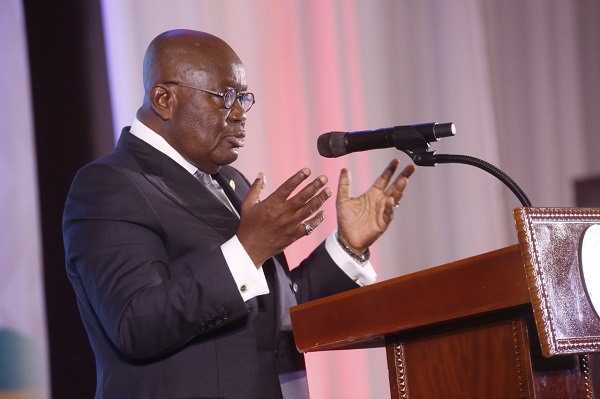 President of the Full Gospel Church International Bishop S.N Mensah has described as “worrying” the democratic credentials of Nana Akufo-Addo as President vis-à-vis what he stood for as a candidate and an ordinary Ghanaian some years ago.

According to Bishop Mensah, the President does not appear to be what Ghanaians thought he was.

In his view, the current dispensation under the leadership of President Akufo-Addo can be likened to a military regime rather than a democratic one.

Speaking on the Class Morning Show on Class91.3FM on Monday, 14 February 2022, he warned that any leader who refuses to heed the wisdom of credible institutions is setting himself up for his own downfall.

Bishop Mensah, told show host, Kofi Oppong Asamoah that “the kind of Nana Akufo-Addo we thought we saw is not the Nana Addo as the president and that is a little bit worrying. The man who fought for democracy, the man who fought for freedom and justice, he espoused that, he said that is what he believed in, it doesn’t appear that is the man we see as president.”

“Sometimes give power to an individual and that is where you can see the test of character in the life of that individual. And so I think that is one of the challenges we are faced with now,” he added.

Bishop Mensah who is also the CEO Omega Consultancy Services noted that “it appears that we are living in an era of probably like under a military regime because what seems to be happening in our country appears like we are living in an era of military regime and not a real democratic regime and I think it does not inure to the democratic credentials of our president and the government and I think it’s something they need to listen.”

He lamented that “unfortunately, sometimes people around a leader do not give the leader a true picture of issues. Sometimes leaders learn but it will be too late. At the time they want to learn, at that time, it’s too late.”

“Like I just said, any individual whether a CEO, head of a department, a government, when you get to that stage where you disregard the wisdom of the credible institutions, the wisdom of individuals that are credible and you begin to do things your way that is the beginning of the downfall of that leader,” he cautioned.

In the past month, some persons especially journalists are being prosecuted for alleged false publications.

Captain Smart of Onua TV was arrested for some utterances he had made on TV, and is currently facing trial for alleged extortion.

Power FM’s Oheneba Boamah Bennie, is in jail for two weeks and fined GHS3,000 for contempt of court, in a case in which he allegedly made false claims against President Akufo-Addo and the justices of the Supreme Court in relation to the 2020 election petition.

Accra FM’s Bobie Ansah is in court for allegedly publishing false news about the First Lady and the wife of the Vice President.

ASEPA boss Mensah Thompson is also before the court for publishing alleged false publication about the President’s family using the Presidential jet for Christmas shopping abroad.

Conveynor for #FixTheCountry, Oliver Barker-Vormawor, is also on remand charged for treason felony over a Facebook post.