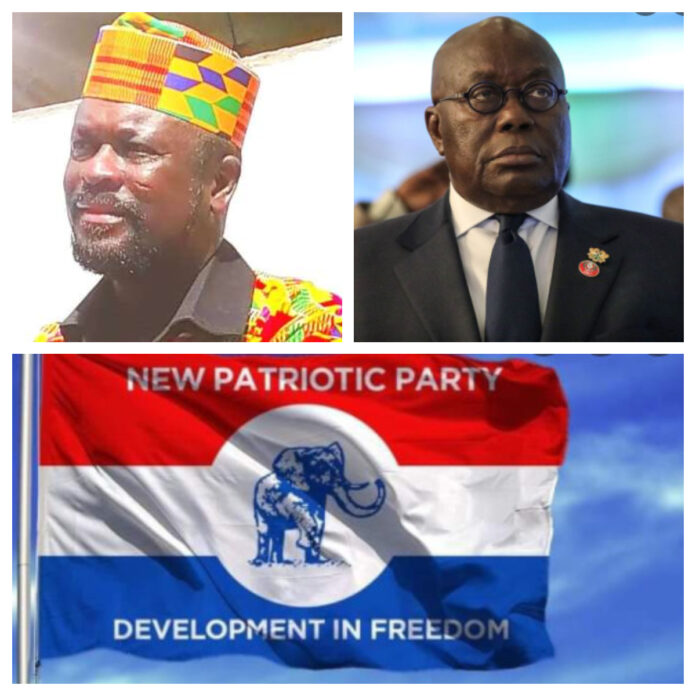 Current happenings in my party, the New Patriotic Party (NPP) is a classic case of a “Deja Vu”. Ironically, we have allowed 2006-2008 to repeat itself.

I recall vividly when in 2006 up till December 2008 NPP was in turmoil just as we see today. This is the reason why I have on countless occasions intimated that that NPP is very effective in opposition when we want to win elections but very deficient in the maintenance of power because of the culture of arrogance, selfishness, and greediness of a few men and women who use their educational background, affiliations and selfish interests to bully others and hijack the party.

After acquiring all the wealth they want, they don’t care if the party goes into opposition or not because they have gained whatever they want in the world – the party was just a vehicle to aid them in their quest for power and wealth and they don’t care a hoot If NPP goes to hell or not.

These individuals behave as if NPP is their private business, so they throw their weight about and once they are appointed into a position of authority, they convert it into their private business and frown on party members and the grassroots – the very people who worked tirelessly, so hard and in some cases even shedding their blood for the party to come to power.

Is this what Chairman Adams Mahama and co fought and died for?

I’m calling on President Akufo Addo to set up an inquisition to ascertain the fifth columns and infiltrators whose main agenda is for NPP to go into opposition.

Enough of these last hour turmoils!

The party is bigger than any individual. The President is even in that position today because of the party. What are all these bickerings about? All my life, from when I was just a boy in exile with my parents up till today that I’m a grandfather, I have worked for the establishment and the stability of the tradition and subsequently the establishment of NPP but because of my selflessness, I live by what God gives me and not what I can get out from my party.

NPP or Ghana and for purposes of my writeup, need selfless leaders like myself; David Kankam Boadu, and others. We must know that we have soo much wealth all around us, so much we can do to be successful yet we fight over chicken feed.

I am staring at the NPP sinking ship for an NDC Dumsor, Yɛntie Obiaa, and useless propaganda style of governance. Why? Because NPP is disunited and has neglected our grassroots.

Once again, turmoil has engulfed NPP and the repercussion will be a repetition of the 2008 election. Do you want to break the 8 when we have serious internal bickerings? Interesting!

He who have ears, let him hear what the spirit is transmitting to the saints!