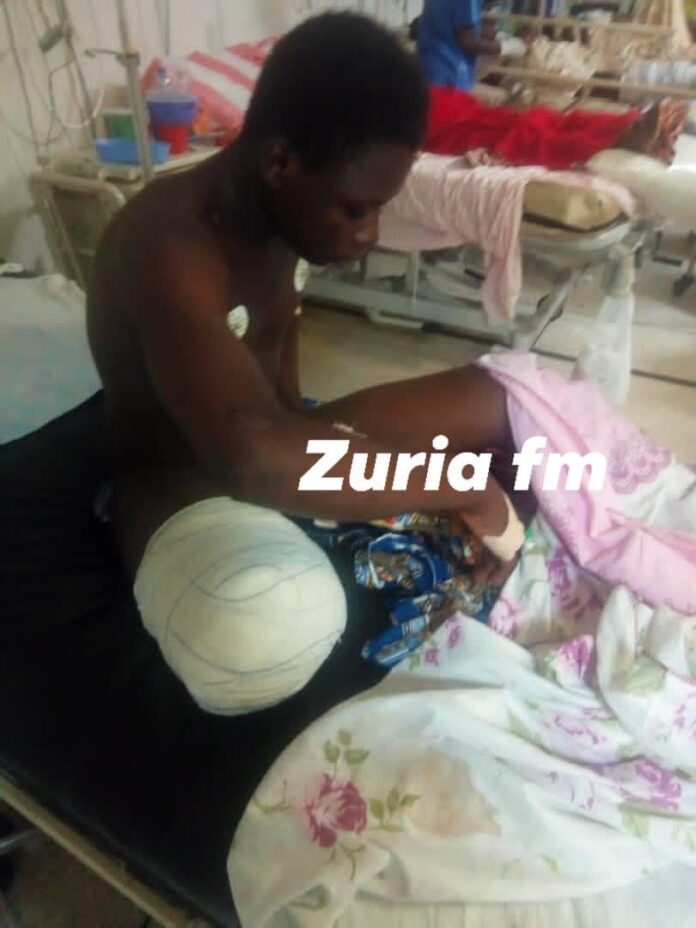 A 16-year-old Misbaw Awal, One of the Ejura military gunshots survivors has lost his right leg after surgical amputation at the Komfo Anokye Teaching Hospital making him permanently disabled.

This has led to an increase in the number of persons living with disabilities in the Ejura/Sekyedumase Municipality.

As we all know, living with disability in Ghana is war on its own, which the state is helping us to remain as casualties. It, therefore, boggles the minds of many concerned citizens as to how the Assembly that has short-changed the most vulnerable in society for far too long would respond to the needs of Misbaw in the coming days.

I do know for a fact that, the situation of persons living with disabilities at the instances of the Ejura-Sekyedumasi Municipal Assembly have been that of disrespect, intimidation, marginalization, discrimination and wanton abuse of the disable’s dignity and rights. Given this unfortunate history, the oncoming future frustrations and predicaments of Misbaw can be predicted with certainty.

To recount the background, this poor boy left home with an okada on the 29th day of June, 2021 not to protest against the gruesome murder of Ibrahim Mohammed alias Kaaka but to look for his daily bread as usual. Unfortunately, he returned with permanent disability at the instance of an indiscriminate military gunshots at an unarmed peaceful civilian protesters.

Two of the protesters were instantly killed whiles four others including Misbaw Awal sustained various degrees of injuries. This is not only tragic but a backward intolerable scar on Ghana’s democracy.

Having taken note of Misbaw’s hapless regrettable development, it is very hard for me and the Ejura-Sekyedumasi Disabled fraternity to conceal our utmost disgust and resentment at the military brutalities and wish to add our voice to the many credible voices in strong condemnation of such gross unprofessional misconduct.

The military must as a matter of urgency purge itself of the kind of trigger happy soldiers whose actions were at variance with the purpose of their deployment to Ejura. Indeed, that incident actually caused not only fear and panic among the disable community but it abruptly prevented us from going about with our daily routine within the capital of the Municipality.

Whilst I commiserate with the bereaved families for their losses, I do recommend for consideration by the Vladimir Antwi Danso led public inquiry committee that;

Misbaw Awal and others who sustained various degrees of injury be given fair and adequate compensation including comprehensive rehabilitation without obstacles.

That, the committee be meticulous enough in its work to identify and bring to book the murderers of Ibrahim Mohammed alias Kaaka without delay.

That, the military officers who committed these atrocities to be made to bear the requisite consequences of their actions as prescribed by law.

The hope of the public is not a miracle to be performed but that, justice should not only be done but should manifestly and undoubtedly be seen to be done to appease the families. This simpliciter cannot be far-fetched and must not end up as a hoax as has been the case in the past.

The entire disabled community wishes you a speedy recovery as we share the pain together.