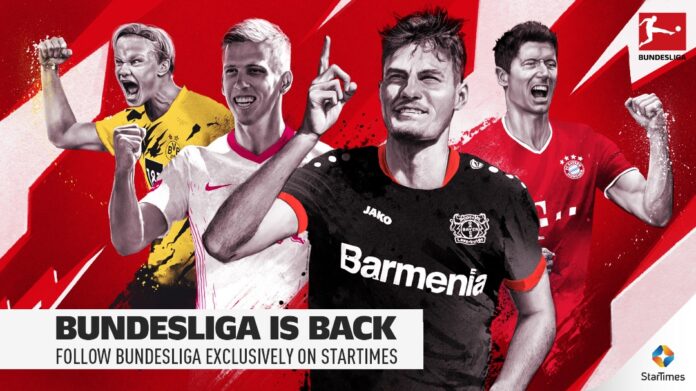 Since 2013 Bayern Munich have owned the German Bundesliga. For most of that time, Robert Lewandowski has made the Golden Boot his own.

Although it is still very early days, there are some indications that both Bayern and their star striker Lewandowski could find the going a little bit tougher this time around.

Lewandowski, who will be turning 33 a day before Bayern’s next league game against Cologne, has finished at the top of the scorer charts six times in the last eight years and also has three runners-up positions.

But while he is heading towards the final years of his illustrious career, Erling Haaland is still at the beginning of his.

Notwithstanding that he only turned 21 in July, Haaland has already scored 73 goals in 99 matches in the Norwegian, Austrian and German top flight.

Those statistics leave not only Lewandowski behind. Even the two global super strikers, Cristiano Ronaldo and Lionel Messi scored far less goals than the young Norwegian international at a similar stage in their careers.

Thus, it was not surprising that several of Europe’s big hitters were looking to secure Haaland’s signature, but the striker decided to stay in the Bundesliga with Dortmund.

Despite all the accolades and the goals he has been scoring, Haaland, who finished third in the Bundesliga scorer charts last season behind Lewandowski and Frankfurt’s Andre Silva, says there is room for improvement.

“If I’d taken all my chances, I would’ve been the top scorer. But I wasn’t. So I have to make sure of my performance and get even better. One of the goals for the coming season is to score more goals with my right foot.

If his first two matches of the season are anything to go by, Dortmund fans can expect much more from the talented 21-year-old. He scored all three goals in Dortmund’s 3-0 cup win at SV Wehen and then followed that up on the weekend with two goals and three assists in his side’s 5-2 victory against Eintracht Frankfurt.

For his part, Lewandowski also got his goal tally started in Bayern’s opening game – a 1-1 draw at Borussia Mönchengladbach.

Dortmund was the last club that managed to prevent Bayern from winning the title. That was in 2012, but Dortmund captain Marco Reus believes the club should aim high.

“When you play for Dortmund, with such fans and history, you don’t have to talk about second and third place. It should always be the aim to win titles. We managed that last year by winning the cup.

“But we can only win titles by moving past Bayern, we have to admit to that. But if we stay stable, there is a lot we can achieve,” he said.

Football fans throughout Africa will be able to see just how much Dortmund can achieve by watching the StarTimes channels as Africa’s leading digital-TV operator will again be showing all the Bundesliga action throughout the season.