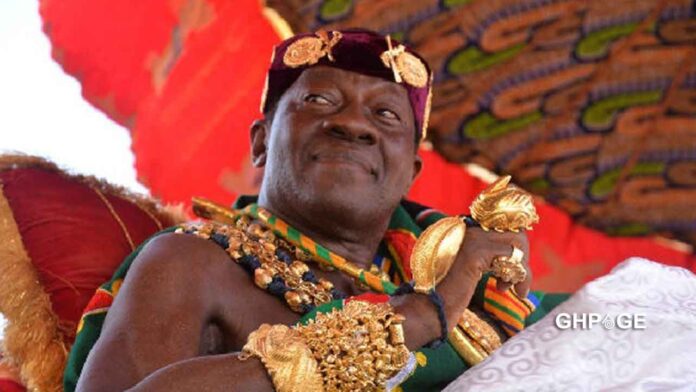 The Omanhene of the New Juaben Traditional area in the Eastern region, Daasbre Professor Emeritus Oti Boateng is reported dead.

Starr News sources reveal that the King has been dead for some weeks now after a short illness but the news was kept private due to cultural rules. He was 83.

He attended Konongo Odumasi Senior High School for his secondary school education. Oti Boateng proceeded to the University of Ghana where he completed a Bachelor of Science (BSc) degree in Economics.

He furthered his education at the London School of Economics and Political Science where he earned a Master of Science (MSc) degree in Statistics. Oti Boateng also holds a Doctor of Philosophy (Ph.D.) degree in Statistics from the University of Liverpool, United Kingdom.

Oti Boateng served as the Ghanaian Government statistician and head of the Statistical Service from 1982 to 2000 aggregating to a total of 17years as head of statistical service. Daasebre also worked with the University of Ghana for 14years.

Within the 14 years, he rose to the position of Senior Research Fellow and subsequently Director of Studies at the Institute of Statistical, Social and Economic Research (ISSER).

Oti Boateng was elected as the first black Chairman of the United Nations Statistical Commission in 1987. In 1993, he also served as the Chairman of the 15th International Conference of Labor Statisticians which was held in Geneva.

He is a member of the International Civil Service Commission (ICSC) and he also served as Commissioner on the commission at the UN Headquarters in New York.

He is the Chancellor for the All Nations University, a private university in the Eastern Region.

He ascended the New Juaben stool under the stool name Daasebre Oti Boateng in 1992, succeeding his elder brother and predecessor, the late Nana Kwaku Boateng II.

He is a member of the Yiadom-Hwedie royal family of Juaben and New Juaben. His mother was the queen mother of Juaben.

Oti Boateng has authored several books and research papers regarding local governance, statistics, and community, national development. In 2019 he launched a 3 volume book with the title ‘Development in Unity’ in Accra.

He is a member of the freemasonry community under the Grand Lodge of Ghana.

Preview of Serie A matchday 2