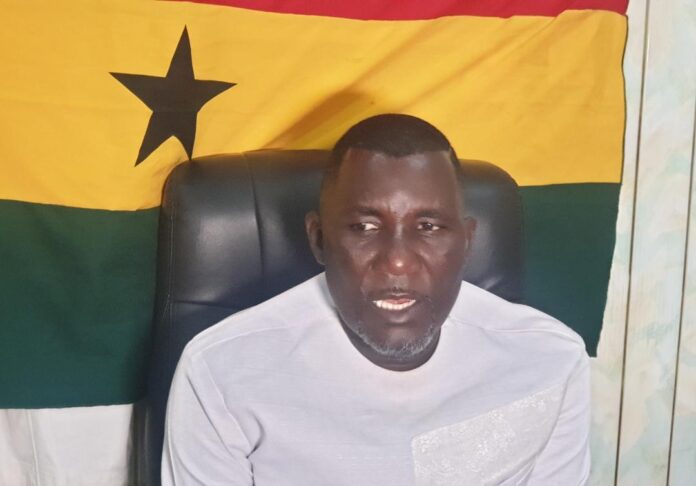 Due to the rate at which crime is perpetuated in the country lately, Mr. Alex Kwaku Tetteh, the President of Citizen Eye Ghana (CITEG) has said there is an urgent need for police digitalization to enhance their professionalism at work.

He said the move will help the police force to acquire credible information about a suspect which will reduce unnecessary arrest and prosecution of innocent civilians.

“We are in an electronic and digital world and we must make sure that whatever we do, we do it digitally. The police are doing a great job and I must commend them but they must go fully digital if they want detailed information about someone they will be contacting telecom service providers like MTN, Tigo, etc for such information. The time has come for police digitisation and it’s now”.

He said this at a press conference on Friday, October 8, in Accra after what he described ‘uncalled for arrest’ of himself and two of his workers by the Accra Regional Police Command.

Explaining what caused his arrest together with his staff, Mr. Tetteh said, “What happened on Tuesday 5th October 2021 was unprofessional of the Ghana Police Service, a case which has already been reported at the Mile 7 Police Station on 26th August 2021 and is still under investigation by detectives at the Mile 7 police station. The complaint reported the case to the regional police station Accra Central.”

He continued that “the police officers arrived at the Barrister Logistics Ghana Limited and arrested two staff and the Director, myself Mr. Alex Kwaku Tetteh to the detention centre at the Adabraka Police Station, we were not prisoners but suspects of a crime and for that matter, we still have our rights to liberty and security but we were deprived that; the police officers did not respect and protect our human dignity.”

He further alleged that upon arrival at the detention centre, the officers tortured, coerced and humiliated them.

“We do have the rights to be treated as innocent until found guilty,” he lamented.

He added that “Barrister Logistics Ghana Limited is a company which is duly incorporated under the laws of Ghana and undertakes the importation of automobiles parts and its allied service as well as the vehicle. The arrest of Barrister Logistics Ghana Limited staff has nothing to do with the case of defrauding. The company makes sure it issues a receipt to any purchaser of the company product and all transaction of the company is payable through the company’s bank account.”

He, therefore, appealed to the Ghana Police Service to properly investigate the case and equally serve the justice it deserved.