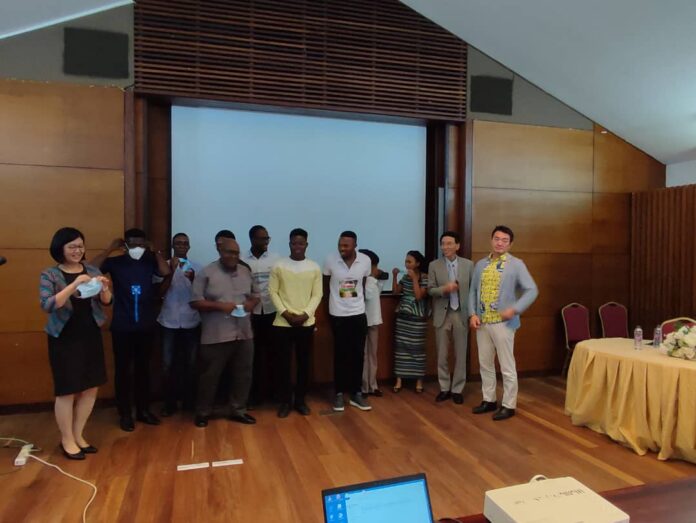 This year’s Japan Speech contest was held on the March 26th at the Noguchi conference Room at the University of Ghana campus.

Two categories of participants were in action on the day: Category 1 had persons more than 18 years who are of Japanese parentage or who have been in Japan for a duration of 6 months or more. This group consisted of 7 participants.

The second group of participants entailed persons who have never been to Japan or been in Japan for less than 6 months. They also consisted of 7 participants.

Ms. Emily Charlotte Charles Monphy dominated the first category with tremendous precision in delivery attracting the applause from the audience.

The second spot was won by Firdaus Michiyo Uthman who posed a lot of threat to the former but could not match up the class,flare and cognitive brilliance of Emily in the Japanese language.

Participating schools who graced the occasion included Accra Nihongo School located at East Legon, Gerkings Japanese School in Kumasi and Private students who were taught by Japanese language teachers or learnt on their own.

The Japan Speech contest is an opportunity for japanese language learners to showcase their learning achievements and tests their japanese abilities.

It is also an opportunity for Japanese language teachers to further enhance their teaching methods.

ALSO READ  David Kankam Boadu writes: Nigel Gaisie must be Arrested and Dealt with
AMA GHANA is not responsible for the reportage or opinions of contributors published on the website.