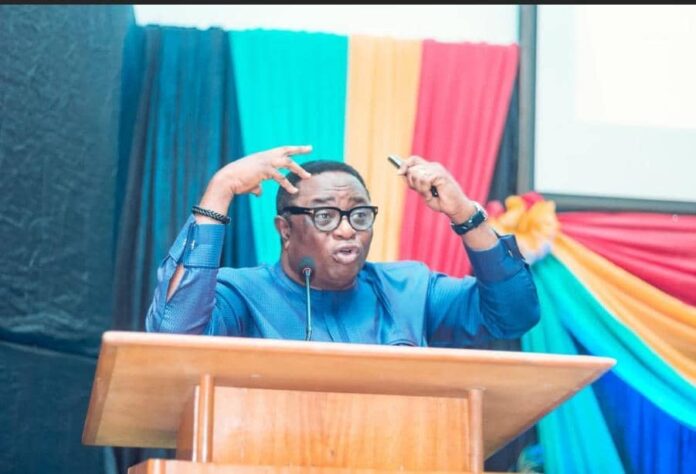 Elvis Afriyie-Ankrah has questioned the increasing nature of partisanship among student politics in contemporary Ghana and urged student leaders to refrain from such unhealthy practice.

He urged student Leaders to place prime focus on the welfare of students who are their main constituents and not serve the interest of any political party.

Unknown to many, Hon. Elvis Afriyie-Ankrah, Former Minister of Youth and Sports, was the SRC (Student Representative Council) President of University of Ghana and also the Coordinating Secretary of the National Union of Ghana Students (NUGS) in the 90s.

It was during his leadership as SRC President at University of Ghana Legon that he led the formation of Radio Universe.

As a Pro NDC student leader, he worked against all odds and contradiction and performed his duties diligently to the admiration of students and Ghanaians in general.

Though the NDC was in power during his tenure as a student leader, he led 11 separate demonstrations against the Government at the time.

During one of such demonstrations, he led students to blockade the Ministry of Finance in one of the most iconic student efforts ever in the history of the fourth republic.

This action led the Government to respond to the needs of students.

He urged students to learn to be objective on national issues, irrespective of their political, social or any other background and be truthful always.

The Former Minister appealed to the students who are about to graduate to aim not to be like any other ordinary person or citizen on the road but be critical of issues, analyse and make independent and objective decisions.

ALSO READ  Profile of the new Board Chairman of NDA Dr. Sulemana Abudulai

He concluded by asking students and intellectuals to desist from being like some Party ‘foot soldiers’ going in any direction just because their political Party asked them to do so.