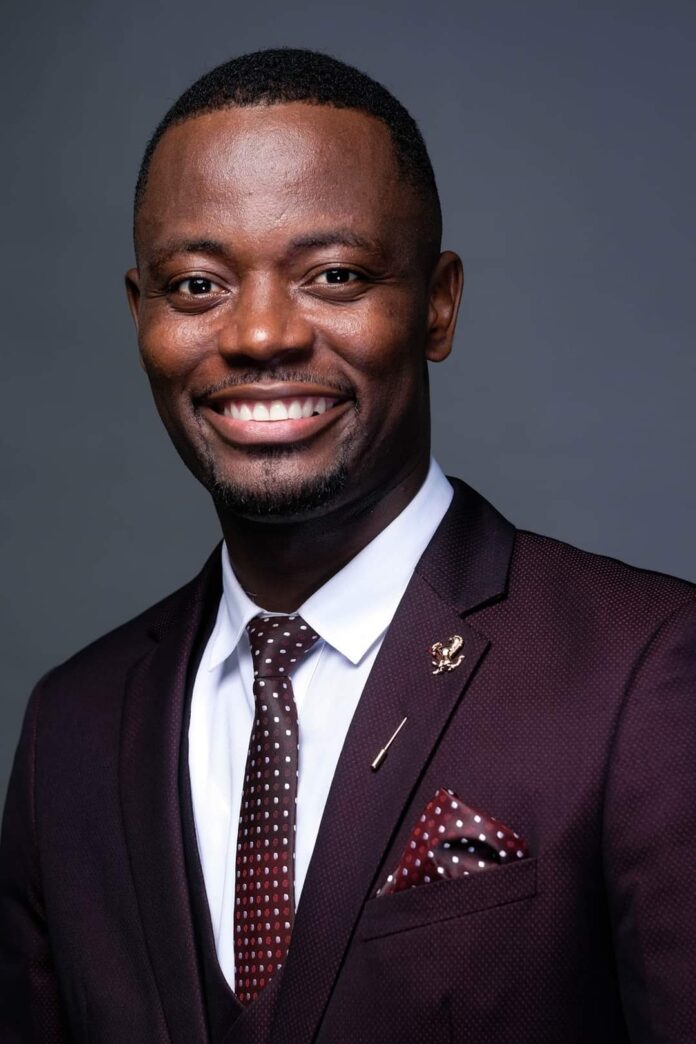 My name is Listowell ChosenYesuBa Acquaye.
I’m a young man but have seen and tasted life on various levels.

I’ve lived my life basically on the edge of struggles. Faith has been my fuel. A lot of people that knew me never perceived I would get to this point in life. Even at this point it’s one battle after the other because life actually always have something to teach us all. Whether rich or poor; good or bad.

I am the boy who had teary eyes and couldn’t see properly in the early ages of my life. I would have to sit infront to listen to the teacher teach more than I could ever write.

From class 1 to 3, my teachers that came in lesson after lesson, would say I have bad eyesight and I need a spectacle.

My parents were believers and people of faith. I remember my mom praying for me and saying there’s nothing wrong with my eyes because I’m a gift from God.

My father was a high civil servant with lots of credentials who could get me a spectacle at the snap of a finger but he listened to my mom and joined his faith to hers.

One day I came back home and explained what I go through during lessons in school and daddy said; ‘Father noko noko efee bo’. To wit there’s nothing wrong with you father.

After consistent prayers upon prayers, my eyesight got better and eventually became best that I could pick a pin on the ground in the dark if I saw it fell.

I didn’t know my mom’s prayers could trigger something unusual and miraculous as that. The same eyes that looked teary became sharp and clear that I became one of the best 100meters sprinters in my primary and JHS days.

You need a sharp eyesight to win athletics competitions especially sprinting. See my classmates didn’t really believe what happened to me but the most important thing was that I could see clearly.

Accoding to my parents, when I was born I was given an overdose of a certain drug. The issue was that the overdose of the drug rendered me paralysed.

At the Tema General Hospital in Community 9, I was sent into ICU but all efforts failed so I had to be referred to the Korle-Bu Teaching Hospital(KBTH) immediately.

The ambulance had just left for Accra so my parents had to wait for it to return before I am transfered to the KBTH.

My Mom and Dad joined their faith to pray for me because I was their first baby after my mom lost a twin through miscarriage after months of carrying the pregnancy.

Mom was a church worker who served one of the anointed Prophetesses in the Apostolic Church-Ghana(TAC). Her zeal for the things of God brought her a lot of blessings including prophecies.

Mom received lots of prophecies after she lost her twins that God was giving her a gift. I was that gift, onIy for me to come out and then receive a drug overdose from the negligence of medical practitioners.

At KBTH after assessment, mom and dad narrated to me how the doctors said I wouldn’t be able to walk unfortunately.

Mom and Dad rejected the pronouncements from the doctors at KBTH. My Mom and Dad joined their faith to pray. They then invited almost all the men of God who prophesied my birth to the hospital to be prayed for heavily in ICU. My parents were asked to buy a wheelchair for me and that gave cue for the divine to be engaged.

According to my parents, I stayed in the KBTH ICU for long. After series of prayers from numerous men of God, a miracle came through for me. One dawn, I began to move my limbs. It was a shocking event to many of the medical practitioners. So, I had to be subjected to further studies that would determine how ???

My parents frequented the KBTH until I began to crawl and to walk in record time. Miraculously, someone who received a drug that was meant to make him paralysed for the rest of his life yet after engaging the divine, I rather became a baby who crawled and walked at record time. I already told you I was one of the foremost 100meters sprinters in my primary and JHS days.

On record, growing up with my peers, I had one of the swiftest feet and strongest legs. Watching the shape of my legs, one could predict or often presume what they could do or not do.

In most cases, when I showed up during sporting activities, I am denied access at the first glance until I put those legs in action.

In athletics, football and basketball, I distinguished myself in no time amongst my peers and in all neighbourhoods I ever lived in.

I say this to motivate you that in the physical grande scheme of things, circumstances that you may find yourself in are often hopeless but when you engage the Lord Jesus and the Holy Spirit, the story changes for the better to the best.

Today, I can stand and work for hours non-stop with or without supervision or help. I was also not going to have a clear path in education due to terrible eyesight. But God changed my story, In every school or class I have ever sat in, God made sure I will be part of the best at all times.

In JHS 2 at Happy Home Academy, I lost half of the term due to some issues; I did not only excel during the mock exams but also came up as the best English Language student. This is just the doing of the Lord. I don’t say it to blow my own trumpet but to remind you there’s nothing impossible for God to do.

God is not selective in healing or giving gifts to his children. The bible says he maketh the sun to shine on both the sinner and righteous. God loves all of his children. However, to those of us who are joint heirs with his son Jesus Christ, we have a far more greater heritage and blessings.

All we need to do is engage the divine through faith. I am a walking miracle. Everyday I thank God for his blessings and opportunity at life.

This morning, I came to motivate you to take into consideration the power of God that changes situations, circumstances and problems. Instead of focusing on that ‘problem’ or trouble, You can engage the divine life of God that births the miraculous.

You can never succeed whining, thinking, nursing or managing a problem. The best is to engage God by faith and believe in HIS Faithfulness. As the year comes to a close, engage the divine and believe God for a prosperous Christmas and triumpant New Year. God bless You.