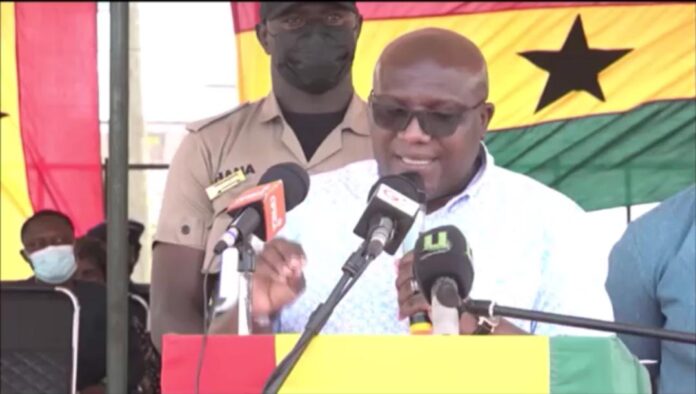 A sod-cutting ceremony has been held for the re-development of the Koforidua Jackson Park into an ultra-modern facility to give the park and the whole town a facelift.

It will also intend to help drive growth to ensure effective and efficient delivery of goods and services in the municipality.

The event took place at the Jackson Park in Koforidua in the New Juaben South Municipality of the Eastern Region.

The Project which is estimated at a cost of GHC9,930,484.85 (Nine million, nine hundred and thirty thousand, four hundred and eighty-four point eighty-five Ghana Cedis) comprise a basketball and volleyball court, a public stand with stores, electrical rooms, and a VIP stand, car park, restaurant with pubs, washroom swimming pools among others.

The project which is under the Ghana Cities Support Programme with funding from the world bank will be executed in four lots by four different contractors.

The Municipal Chief Executive of New Juaben South, Mr. Isaac Gyasi Appau, stated that the assembly is privileged to be part of 25 Assemblies benefiting from the projects in collaboration with the Ministry of Local Government and Rural Development.

The Member of Parliament for New Juaben South who is also the Deputy Minister for Trade and Industry, Mr. Michael Okyere Baafi indicated observed that the reconstruction of the park will help to a large extent open up the place for economic and business activities which will lead to the country’s accelerated development.

The Eastern Regional Minister, Seth Kwame Acheampong indicated that the social setting of every gathering will be now improved.

The Omanhene of the New Juaben Traditional Area, Daasebre Oti Boateng who presided over the function lauded the project which according to him will help to a large extent lead to the rapid development of the area.

He, however, entreated them to adopt the culture of maintenance to enable the facility to have a longer lifespan.