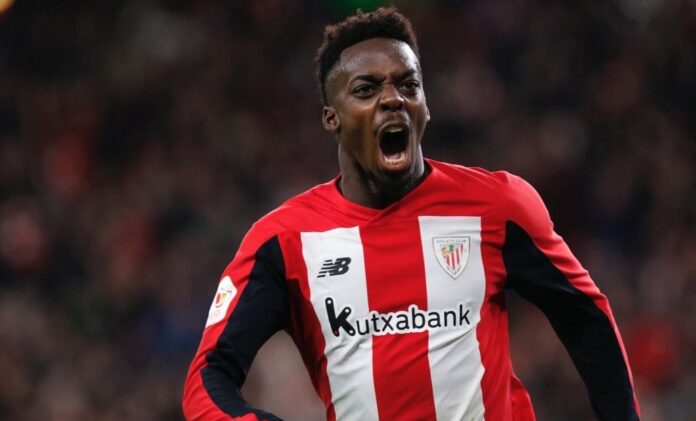 Athletic Bilbao striker, Inaki Williams has emphatically said he has no intention of switching nationality to play for Ghana.

Inaki, born to Ghanaian parents, has been a target of the Ghana Football Association (GFA) since he emerged on the scene. with his explosive performance.

The 27-year-old has been capped just once by Spain, which makes him eligible to switch nationality to play for Ghana.

Williams however speaking to the Guardian admitted that he loves Ghana and even speaks the Twi language, but says he will always be Basque, where he was born.

“I’m grateful to where I grew and became who I am. Ghana tried to convince me, but I was born in Spain, in Bilbao,” he said.

“I won’t ever forget my family roots, but I feel Basque and can’t con anyone. I would be comfortable with Ghana, I’m sure, but I shouldn’t be there.”

“And my mum knows how people love football there: it’s quite something, and she’d be worried about me. When my mum’s angry, she swears at us in Ghanaian but we speak Spanish. When my parents came, it was English but we lost that. I could have a conversation in English but it’s not fluent now. When my grandparents call, I speak to them in Twi. I admire and love Ghana, the culture, food, tradition.”

He added: “My parents are from Accra and I really enjoy going there. But I wasn’t born or raised there, my culture’s here, and there are players for whom it would mean more. I don’t think it would be right to take the place of someone who really deserves to go and who feels Ghana 100%.”

ALSO READ  Why I have joined DTI’s Precision Quality Movement

Williams recently broke the record for consecutive matches played in La Liga when he played his 203rd game in a row for Athletic Bilbao.