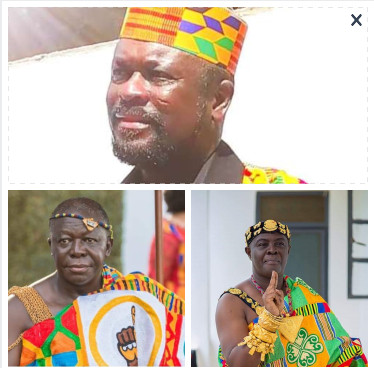 There is a brewing chieftaincy tension in the country, incited by the NDC propaganda chief in Dormaa and I suspect that the NDC/Mahama is sending a signal to their propaganda chief in Domaa that “don’t worry, we are behind you” hence Bagbin’s wearing of a chief’s regalia to parliament or they are sending subtle a mockery message to Otumfuor.

If not, how do we explain what we saw on TV and on social media especially when Parliament is reserved for only Political Activities?

Chieftaincy is a Traditional institution, has no direct participation in modern-day democratic political dispensations and this is why the framers of the constitution deliberately barred Chiefs and for that matter traditional rulers from active participation in politics.

This was not for nothing, it was to preserve and maintain the sanctity of our traditional authorities because the democratic way of doing things can undermine the powers they wield on their subjects.

This and other reasons explain why chiefs don’t sit in-state or in a palanquin with a political suit or jacket and tie. So why would Bagbin wear a chief’s regalia to parliament and not a smock to promote chiefs from his own hometown if indeed he wanted to appear more African as it is being argued?

Knowing NDC/Mahama and his Dormaahene/Fix The Country/Freedom Fighters usage of old communist tactics of deploying insults and propaganda on the Asantehene on social media all the time, I feel Bagbin as an NDC Man may be sending a silent message to Otumfuor i.e ” Stop feeling big because anybody at all can put on same regalias and be like you”. In short, from the NDC/Mahama’s perspective, the whole act is designed or crafted to mock Otumfuor.

But, wait o, who said that Man is the Dormaahene? He is just an ordinary NDC Propaganda Chief in Dormaa and Leader of the NDC/Mahama’s Babies With Sharp Teeth and the so-called Fix The Country/Freedom Fighters whose primary task is the spreading of Propaganda and Insults globally. He has sold his dignity for the Dumsor Party.

These and many other incidents are a clear indication that a strategy has been mapped out by NDC/Mahama to cause divisions or denigrate Otumfour’s image or to dissolve the Asante Kingdom. But they are jokers because they can never bring Asanteman down.

Share this Massage to NDC/Mahama and the Dormaa NDC Rep who calls himself a chief.