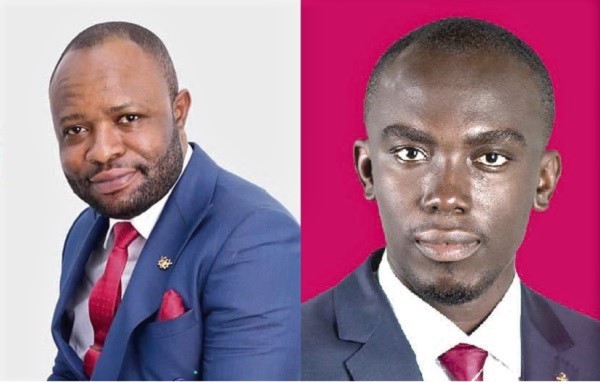 A committee put together by the National Executive Committee (NEC) of the New Patriotic Party (NPP) has called for proper collaboration in order to get polling station executives in parts of the constituency.

It directed the Election committee to keep in touch with Electoral Area coordinators to appoint hardworking party members and those they used to help the party during the 2020 general elections.

It has also appealed to feuding factions in the constituency, to accept their proposal that all executives for the old polling stations be maintained, due to time constraints.

These directives by the NEC sub Committee which includes First Vice-Chair, Madam Rita Asobayire, and General Secretary John Boadu have been, at least in the presence of the committee, upheld by the two factions in Manhyia North constituency of the NPP.

This also settles the long-standing question; “were elections held in Manhyia North constituency,” which the Election Committee has always sought to swerve.

At the hearing of the case, the petitioners, Alhaji Castro who is the current constituency Youth Organizer and Mrs. Patricia Arthur, former constituency Deputy Secretary challenged the eligibility of the supposed album put together by the Elections Committee.

They insisted that no elections were held in the constituency and those supposedly disqualified were not being treated fairly.

However, the respondents, Hon Akwasi Konadu who is a Member of Parliament for the area, Tony Ameyaw, the constituency secretary, and Yaw Gerald who is chairman of the committee tried unsuccessfully to push the new album through.

Upon careful examination of statements from both sides, members of the committee expressed shock at the occurrences in the constituency, directing them to allow fair play.

This directive showed how none of the two sides would have their way all through but would have some fairness going forward.

Party General Secretary, John Boadu further directed that the various Coordinators at the new Polling Stations in the constituency be allowed to choose recognizable hardworking persons in their areas who have been selfless and committed to the course of the party as polling station executives.

One of the petitioners who is also the constituency’s Youth Organizer was also appointed by the Committee to be an observer in the preparation of a new album for the constituency.

There has been confusion in the constituency since the issuance of nomination forms as some people felt there were machinations by the MP and his cohorts on the elections committee to get them out of the polling station elections.

After a series of contentions, everyone was given a nomination form but another confusion arose as some people who are supposedly against the MP and the current constituency executives were threatened with disqualification.

The plot to disqualify them almost succeeded as the elections committee attempted but failed to organize sham elections.

More than 600 youth in the constituency who had been unduly disqualified poured onto the street and vehemently resisted the conduct of the sham elections, even in the face of a combined team of police and military personnel.

ALSO READ  Because of the school feeding program, you are not aware of the economic hardship---Japhet tells Samira

Members of the party in the constituency say they are expecting both sides to heed to the directives of the NEC Sub Committee for peace to prevail.

According to them, the constituency has enjoyed relative peace since the current MP, AKWASI Konadu was elected, showering praises to the former MP, Collins Owusu Amankwah for allowing peace to prevail and giving his successor the peace of mind to work.