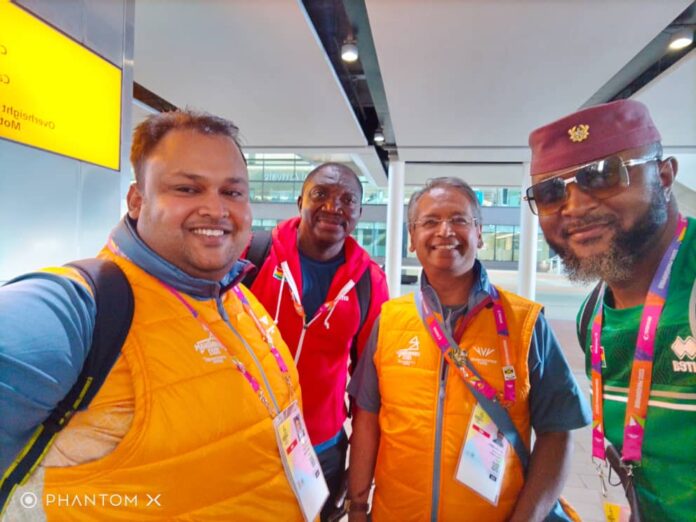 62-year-old British Indian, Dr. Sunjav, has revealed that he had to apply just like everyone else to get selected as a Commonwealth Games Volunteer (CGV).

At a neat £778 MILLION pounds, the just-ended Birmingham gathering was the most expensive UK sporting event since the 2012 London Olympics.

The British Government invested a staggering 75% (£594 million) of the bill, with Birmingham City Council covering the rest (£184 million)

Dr. Sunjav was among over 45,000 applicants who put their names forward for the highly sought-after role of Games Volunteer.

The medical practitioner said he was delighted when he received a code alert, followed by an email and then a phone call confirming he was picked to serve on the Games Task Force.

My encounter with Dr. Sunjav was a valuable experience on how this well-traveled and highly educated man shared his obvious wealth of knowledge without fuss, with composure and humility.

As Dr. Sunjav wheeled my luggage to the train station with another volunteer, I couldn’t help wondering about the upcoming *All African Games* in Accra (obviously not on the same global or relevance) and how our volunteers are being prepped to offer the highest standards of services to the rest of Africa next year.

ALSO READ  Ken Agyapong grabs top post at Ghana Gas
AMA GHANA is not responsible for the reportage or opinions of contributors published on the website.