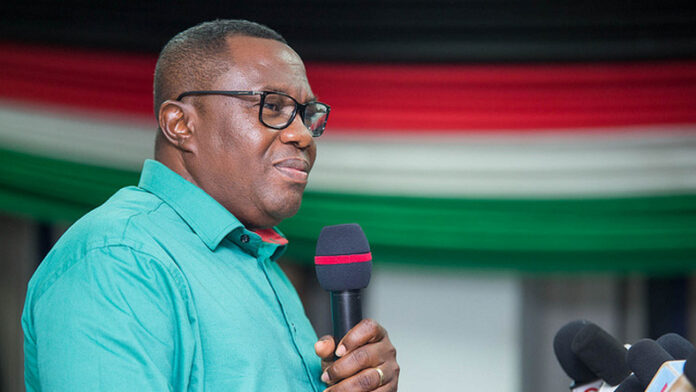 The Chairman of the main opposition party National Democratic Congress (NDC), Dr. Samuel Ofosu Ampofo has given a clear signal to shake off his critics and saboteurs working against his reelection bid as Chairman.

He has further assured such characters that he will not react to the smear crusade seeking to derail his campaign for a second term in office.

According to him, he would rather concentrate on his campaign activities by reminding delegates of his achievements and sharing his aspirations for the party with them.

Speaking on JoyNews’ PM Express, he noted that his achievements in office can speak for themselves, hence there is no need going on a rebuttal spree.

“I don’t want to react to anybody. I want to concentrate on the campaign that I’m doing. I have been the national chairman for the past four years.

When I took over the party, the NDC had lost elections in 2016 by nearly one million margin and we’ve lost about 53 seats in Parliament. The 4 years that was given to me and my team to lead the party, we managed in the 2020 elections to appreciate our votes from about 4.4million to almost 6.3million.

“We managed to increase our parliamentary seats from 106 to 137, and for the first time in the history of our fourth republican dispensation, the NDC as an opposition party has been able to produce a Speaker of Parliament; this is unprecedented.

“And if this is an indication of the fact that I haven’t done anything, then I will say to the contrary that myself and the team that were elected into office have provided the strategic leadership that has repositioned the NDC party, rebranded the NDC party, made the party more attractive and almost made the party a party of choice as we go into the 2024 elections.

ALSO READ  Don't allow money to dictate who you should elect as leaders; Prioritize competence, experience over material benefits---Alhaji Sinare to NDC delegates

“And for me, I think it is something that all of us must be proud of. This is a record that we have made for ourselves,” he told host, Aisha Ibrahim.

He admits that while his chief objective as Chairman of the Party i.e. to win the 2020 elections, were not realized, he is hopeful that when given the mandate, he will build on his previous gains to secure a “convincing victory” in 2024.

“My objective when I took over the party as its chairman and subsequently as the leader of the party was to lead the party to form government. And so what I’ve not been able to achieve under the four years was the fact that we could not form a government even though we believe that we never lost the 2020 elections.

“So going forward, my objective is to put the pieces together, is to sharpen the rough edges and ensure that going into 2024 elections, our aim will be nothing short of a victory, a convincing victory that will enable us to form the next government and manage to put our policies and programmes in place in order to reverse the deteriorating situation that we find ourselves in as a nation,” he said.