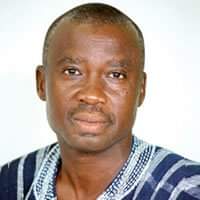 The immediate past MP for Salaga South Constituency, Mr. Salifu Adam Braimah who also doubles as the Savannah Regional Minister is being accused by the main opposition National Democratic Congress (NDC) of leading a group of NPP goons to vandalize the constituency vehicle of the NDC at Jemtutu in the Kluw area in the Savannah region.

Upon the team’s arrival at Jemtutu, the former MP Mr Adam Salifu Braimah allegedly told the chiefs and people of Jemtutu that he did not want the current MP’s representatives to be part of the activities.

This resulted in a stalemate. It was during this period that the former MP allegedly sent for NPP thugs from Salaga and Kafaba ostensibly to chase out the MP’s representatives.

The Chief of Jemtutu sensing that there could be trouble asked for audience with the leadership of both sides.

Whilst the MP’s team attended the Chief’s call, the former MP, Mr Adam Salifu and his group of NPP activists refused the Chief’s call, hurled stones at the NDC vehicle which was parked a distance away, breaking the wind screen and window glasses and other parts after which they sped off to Akamade.

Whilst at the Chief’s place Mr Salifu Braimah and Mr. Musah, NPP Constituency Vice Chairman allegedly caused the youth to charge on the Chief’s palace to attack the MP’s team but the chief and his elders drove them away with the Chief using his stuff of office (walking stick) to hit some of the youth.

The MP’s representatives emerged from the Chief’s palace to find their vehicle vandalized. They have since reported the incident to the police in Abromase.

The commissioning of the electricity supply for the towns is scheduled for  today.