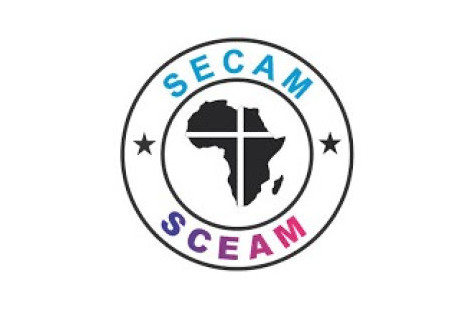 This year’s Plenary Assembly, which is on the theme: “Ownership of SECAM; Security and Migration in Africa and the Islands,” shall firstly focus on the implications of ownership for its members

Bothered about many conflicts on the African continent, resulting in the death and displacement of millions of people, the Catholic Bishops, secondly consider security to be indispensable for building “a new Africa centred on God”, as expressed in the Kampala Document, released after the Golden Jubilee of SECAM in 2019.

SECAM, established in 1969 in Kampala, Uganda during the visit of St. Pope Paul VI, was born out of the desire of African Catholic Bishops present at the Second Vatican Council to speak with one voice on matters pertaining to the Church in Africa

The Symposium, headquartered in Accra, consists of eight regional associations:

To foster communion, the Symposium has three official languages: English, French and Portuguese, and its foundation (referred to as SECAM Day) is celebrated on 29 July.

SECAM was launched on July 31, 1969 during the visit of His Holiness Pope Paul VI to Kampala (Uganda). The headquarters / secretariat of SECAM is in Accra, (Ghana) and a specific office is established in Nairobi (Kenya) for the translation of the bible into African languages and its distribution in Africa and Madagascar. Furthermore SECAM is an observer to the African Union and is represented by the Cardinal Archbishop of Addis Ababa (Ethiopia). On the occasion of the 50th anniversary of SECAM (July 1969 – July 2019) a pastoral exhortation entitled Kampala Document was promulgated by the pastors of Africa to the People of God and men and women of good will.

After the celebration of this golden jubilee of SECAM, a new chapter opens for the Church Family of God in Africa. A “new Africa”, more centered on God whose members become Salt of the earth and Light of the world (Mt 5, 13-14; KD N° 22, 133) to accompany the hopes and anxieties of the people and to direct them towards Jesus Christ the True Liberator of humanity.

ALSO READ  UCC emerges as the number one university in Ghana
AMA GHANA is not responsible for the reportage or opinions of contributors published on the website.