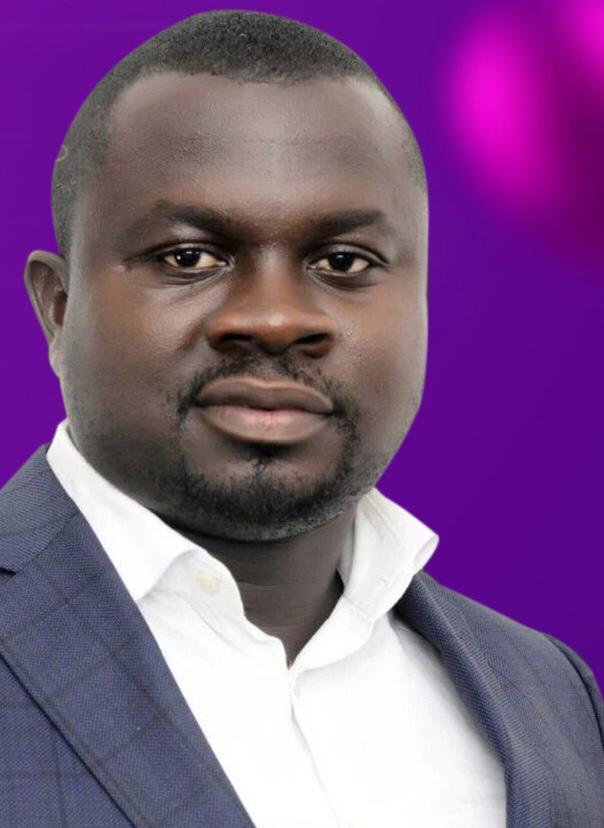 As the impending Ghana Journalists Associations, GJA elections ramps up and gather momentum with unresolved legal suit against its entire leadership and the election committee, aspiring presidential candidates are reaching out to prospective delegates who are members in good standing at this defying moment to bring them to their fold.

As determined and desperate some aspirants may be, the future of the association hinges on competence, and lies in the hands of members in good standing.

Paid up members (delegates) may have their preferences based on the experiences and compelling messages that resonate with what they seek in the candidates, it is imperative to look out for the one person that is committed to removing the bottlenecks impeding growth of the association and the general welbeing of members.

One candidate who is committed to the cause of rescuing the GJA from its dwindling and hard won repute, is Albert Kwabena Dwumfour, Presidential aspirant in the GJA national elections.

Mr Dwumfour is a formidable personality whose outstanding acumen and institutional profile is worth mentioning. As a trailblazer who continue to win the heart of many, Mr Dwumfour has what it takes to correct the wrongs and as it were, reignite the sanctity of the journalism profession in the face of today’s competitive media environment.

The story and message of Albert Kwabena Dwumfour, known by many as an excellent narrative changer is that of hope and transformation for the GJA. He is on the path of progress with an anticipated landslide victory, gauging his strength and viability against his opponents.

Why Dwumfour is the preferred choice

GJA Presidential aspirant, Albert Dwumfour is one vibrant and relatively industrious personality whose proven track record cannot be contested. His resolve to pursue the welfare of media practitioners in the country is not far-fetched considering his active involvement and participation in everything that has to do with the association and its members irrespective of the location or who is involved.

He does not discriminate neither is he selective in his sense of judgement. Journalists within the media fraternity that have come in contact with Mr Dwumfour could testify of his competence and sustained benevolence.

Moreover, his sterling leadership qualities is evident in the performance of his competence, which he has practically exhibited over the years as a renowned PR Practitioner, Media Consultant and a successful businessman.

Unlike his contenders, Mr. Dwumfour is known for his sense of humility and responsiveness, which apparently has been his hallmark. He has amply demonstrated this in-born traits in the private sector, especially at the Tobinco Group of Companies where he represent as the Head of Corporate Affairs based on his professional competence, exploits, exuberance and level of ingenuity.

Key among these success stories is his contribution in setting up the popular Atinka Village, whose establishment has created job opportunities for many. He was instrumental in bringing to light the popular Atinka TV’s flagship show nicknamed “Di Asa’.

The multiple award winning reality show televised on Atinka TV for plus-sized women has over the period changed the face of entertainment due to its classical prowess over other reality shows on the country’s airwaves.

Albert Kwabena Dwumfour is the Chief Executive Officer and Managing Director of De Westend Communications and Media Consultancy, Publishers of the Daily Analyst and Business Analyst Newspapers. He is currently the National Organising Secretary of the GJA and Head of Corporate Affairs, Tobinco Group of Companies which has eleven conglomerates. The former Managing Director of Atinka Media Village is in the race with Dave Agbenu, former General Secretary of the GJA and currently the Editor of the Ghanaian Times Newspaper.

The third aspirant eyeing the seat is the former Communications Director of Tullow Oil Ghana, Vodafone Ghana and Barclays Bank, Now Absa Bank. Having spent most of his professional career in the private sector, Mr Dwumfour appears to have comparative advantage over his contenders.

He has equally chalked appreciable feat in the media landscape driven by dint of hard-work and dedication to duty. Although the other aspirants present themselves as winnable candidates, their ambition is threatened by the candidature of Mr Dwumfour, leaving them with nothing but hopes of despair.

The lobbying skills laced with his efficiency in the area of resource mobilisation and fund raising in support of GJA activities with particular reference to the last three GJA Awards, speak volume about the extent he can go as an individual to make things happen when situations ostensibly looks bleak and highly impossible to carry through.

The effort put in to leverage the scope of the private sector network to advance the cause of the association is born out of his exemplary leadership competence. His unwavering pursuit to assuming the high office of President is therefore not surprising.

Although he come into the race as the youngest, his candidature has been wholly embraced by most media gurus including promising and upcoming journalists, thus creating some level of uneasiness among his other contenders. To say the least, the out-dooring of his candidature which preceded the filing of his nomination undoubtedly sent shivers down the spine of the other aspirants.

Dwumfour outlines vision and mission for the GJA

Known for his can do spirit, Mr Albert Dwumfour emerges as the most trusted and reliable candidate whose objective hinges on three key thematic areas, namely welfare, security, and re-branding. For the records, he is the only private media practitioner to assume an executive position within the GJA with a shared vision of making the GJA much attractive than before. A GJA that is people centered, pleasing and attractive enough to see members and non-members coming on board to contribute their quota towards the development of the association irrespective of where one belong.

Aspirant Dwumfour has taken the bold step to embark on his campaign journey following his filing of nomination papers to contest for the presidency. Of all the areas visited which include, the Ghana Broadcasting Corporation, GBC, The Graphic Communications Group Limited, The Ghana News Agency, GNA, Peace FM and UTV, TV3 and Ben Ephson’s Daily Dispatch among other media houses, Candidate Dwumfour have limited his priorities to three (3) thematic areas. These are Security, Welfare as well as Professional and Career Development.

The Welfare and welbeing of journalists remain the topmost priority on the agenda of Mr Albert Kwabena Dwumfour. Just as the welfare of media practitioners leaves much to be desired, the association has done little to alleviate the plight of journalists in the discharge of their official duties.

On this account, three insurance companies have expressed interest to support this his exemplary vision to address the health needs of members through the said health policy. This partnership according to Aspirant Dwumfour, will be actualised to serve the interest of all within the first year of his administration when given the nod.

Additionally, a welfare scheme will be set to benefit retirees whose conditions after retiring from active service are nothing to write home about. Mr Dwumfour is committed to this cause using his influence and contacts with corporate Ghana and other relevant stakeholders to raise funds to a tune of 1 billion seed capital. Mr Dwumfour also believe in the concept of building a world that promotes a sense of inclusiveness, a world where no one is left out especially the youth. “We need the proactive youth in this transformational era to hold the fort when the veterans exit”

This, he opined can only materialise when everyone is brought on board whilst the various chapters are strategically positioned, strengthened and resourced to function efficiently. To achieve this, he has advanced plans to provide some means of transport for the regional branches, especially those residing in deprived and hard-to-reach areas as this will help facilitate their movement and more importantly help the regional heads carry out their duties diligently.

This is another key intervention that will be vigorously and practically pursued under the leadership of Mr Dwumfour when elected into office.

Under this proposed intervention, quarterly workshops will be organised for journalists to sharpen their skills and to build their professional capacities.

There will be the setting up of a scholarship scheme suited for the redevelopment of journalists as practitioners. The scheme among others will cater for the professional development of journalists to enable them meet the challenging times and to remain relevant due to the advent of social media which is gradually threatening the very existence of the traditional media.

For Mr Dwumfour, it is about time such a scheme is put in place for journalists, whilst knocking on the doors of government to assist in broadening the knowledge scope of members who qualify by merit to access the proposed fund to obviate any act of bias or nepotism. This, he has stressed, was necessary in positioning journalists to meet up with today’s competitive media environment.

Security of journalists has over time, and continue to make headlines challenging the laid down constitutional guidelines that seek to guarantee the freedom and independence of the media; an arm that pride itself as the fourth estate of the realm. His vision of ensuring the safety and protection of media practitioners is born out of the persistent intimidations and attacks on journalists by security personnel with impunity.  For him, an attack on a journalist is an affront to media freedom and must be a cause for concern to the association.

Mr Dwumfour acknowledges the invaluable contributions of the media in the country’s development effort and feels that the security of journalists just like any individual is paramount and must not be relegated to the background. “Our Security cannot be compromised on any grounds.”

He is of the fervent view that the security of journalists and the association cannot and should not be compromised by government, security operatives and the powers that be, but actively be a constitutional right that must be protected to enable practitioners go about their duties free from undue threats and intimidations from any quarters.

Aside the aforementioned, Mr Dwumfour is committed to an open door policy under his leadership. On open, fair and accountability, he admits that executives faulted by not holding AGM to account to members as expected, and has however given assurance that on his first accountable year in administration, he would ensure successful call for AGM to account for his stewardship, which he is ready to walk and talk.

The astute PR practitioner, Journalist and media consultant is resolute in re-branding the GJA to increase its membership drive. “We want to see a new GJA where people will feel obliged to join.” he said. In doing so, he has plans of reviving social events at the International Press Centre so that members can come together and fraternize whilst holding mentorship programs to groom upcoming journalists.