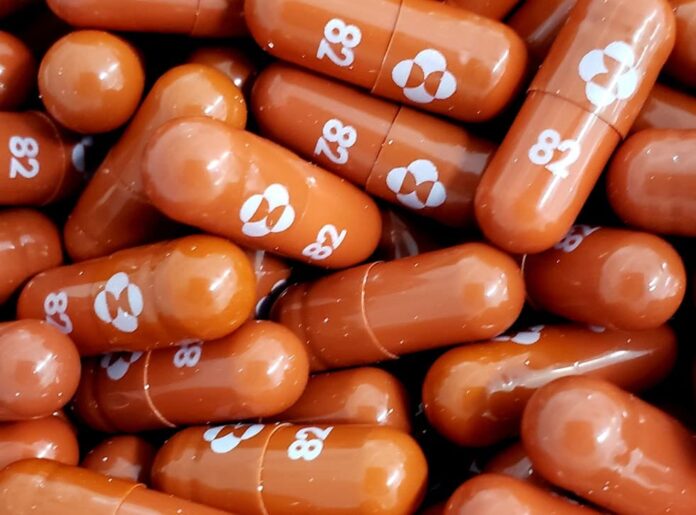 The UK government’s antivirals taskforce has struck deals for two new coronavirus treatments, which – if they are approved by the medicines regulator – are expected to be given to those most vulnerable to COVID-19.

Health Secretary Sajid Javid has hailed two new additions to the UK’s “armoury of life-saving measures” to tackle COVID-19 as he announced the purchase of 730,000 doses of possible coronavirus treatments.

The agreements have seen the UK secure 480,000 courses of Molnupiravir – produced by Merck Sharp and Dohme (MSD) – which has been proven in clinical trials to reduce the risk of hospitalisation or death for at-risk non-hospitalised adults with mild to moderate COVID-19 symptoms by 50%.

The US has already struck a $1.2bn deal to purchase around 1.7m courses of Molnupiravir, should it be approved by the American regulator. they are approved by the UK’s medicines regulator – are expected to be given to those most vulnerable to COVID-19.

In an announcement on Wednesday, it was revealed the UK’s taskforce has also signed a deal for 250,000 courses of a drug called PF-07321332/ritonavir – produced by Pfizer – for which clinical trials are continuing.

Ritonavir is an older medication widely used in combination treatments for HIV infection.

When it was launched in April, the antivirals taskforce was charged with finding at least two effective treatments this year, either in a tablet or capsule form, that the public can take at home following a positive COVID-19 test or exposure to someone with the virus.

Health Secretary Sajid Javid told a Downing Street news conference on Wednesday that there are some “promising developments” around antivirals disrupting the way coronavirus develops and multiplies.

“I’m pleased to announce that we have signed two landmark deals securing hundreds of thousands of doses of two new antivirals,” he said.

These antivirals have the potential to speed up recovery time and to stop infections from progressing. If these treatments get approval, then we can provide some of the most vulnerable patients with vital protection this winter. And I want to deploy them as quickly as possible.”

Should the two treatments be approved by the Medicines and Healthcare products Regulatory Agency (MHRA), thousands of NHS patients are expected to be able to access the treatments to prevent the virus from spreading and to speed up recovery times.

The two new antivirals are expected to be given to those most at risk from the virus, helping to reduce the severity of symptoms and ease pressure on the NHS this winter.